Heartland is, without a doubt, one of the most popular TV shows for horse lovers right now. So far, there have been 224 episodes of the show, making it the longest-running drama on Canadian television.

Heartland is popular because it has stories and characters that people can relate to. The main character of the show, horse healer Amy Fleming, is played by the show’s star, Amber Marshall. We also get to know her family and friends and see what they are up to.

Cast of Ty on Heartland

Amy Fleming is the main character in Heartland. At Heartland Ranch, she trains horses that are having trouble. Amy finds out after her mother’s untimely death that she has the same talent as her mom for working with horses.

Amy is very close to Spartan, the horse her mother was trying to save when she died. In the series, she helps a lot of horses get over their fears, which is how she gets the nickname “Miracle Girl.”

Amy is married to Ty, and they have a daughter named Lyndy.

Amber Marshall is a Canadian singer and actress who plays Amy Fleming on the show Heartland. She is also an equestrian.

Her husband, five horses, two dogs, three cats, two cows, two rabbits, an alpaca, and a hen house live with her on a 100-acre ranch.

Marshall also acts and runs her ranch. She also publishes her magazine called Amber Marshall Life & Style. She even makes jewelry and other things that can be bought on her website.

Ty Borden works at Heartland Ranch as a ranch hand because that’s where he was sent to serve his probation. Ty’s stepfather hurt him when he was a child, so he attacked him for hurting his mother.

This got him sent to juvenile detention.

Ty stays at Heartland for a long time and becomes a veterinarian in the end. He will also get married to Amy, and the two of them will start a business to help horses in trouble. In Season 10, a girl named Lyndy joins the family. 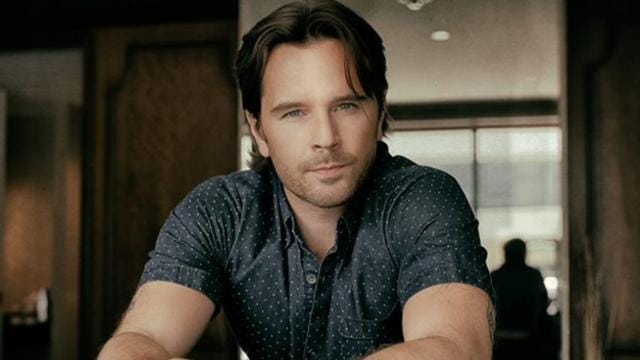 Graham Wardle is a Canadian actor, director, and photographer who plays Ty Borden on the TV show Heartland. He was in commercials when he was a child. Later, he went to Capilano University to study Motion Picture and Production.

Wardle also starred in hit TV shows like Supernatural, The New Addams Family, and Life as We Know It, in addition to Heartland. He also wrote a book called “Find Your Truth” and runs a podcast called “Time Has Come.”

Lou Fleming is Amy’s older sister. When their mother died, she moved back home from New York City. She then takes over running Heartland and starts a few other businesses.

Peter, who she marries in Season 3, is Lou’s first husband on the show. Katie was born to them, and Georgie was given to them by another family.

Michelle Morgan is a Canadian actress, director, producer, and writer. She plays Lou Fleming on the TV show Heartland. She went to the University of Toronto, where she studied classical literature and theatre. Morgan is married and has two children.

Michelle Morgan has directed three episodes of the Heartland spin-off series Hudson and one episode of the main show. She loves directing and wants to learn more about it in the future.

Jack Barlett is Amy and Lou’s grandfather. He grew up on Heartland ranch and used to be a rodeo star. The Bartlett family has owned the land for six generations, passing it down from father to son.

In the show, Jack is the center of Heartland. He keeps the family and ranch together. His wise words give people who are having a hard time hope. He has a wife named Lisa.

Shaun Johnston is a Canadian actor, director, and singer. On the show Heartland, he plays Jack Barlett. He went to Red Deer College and got a degree in business. He also helped start the Shadow Theater in Edmonton.

Since Shaun Johnston is about 20 years younger than Jack in real life, the actor spends hours every day in the makeup chair. Johnston also wrote and performed “When to Let Go” and other songs for the show.

Tim Fleming is the father of Amy and Lou. While he went to the rodeo, he left their mother Marion at home. After Marion dies too soon, he goes back to make things right and join the family again.

Tim races horses and opens a rodeo school throughout the series. After a few failed relationships, he finally meets a woman who feels the same way about him.

Chris Potter is a Canadian actor, director, and producer who plays Tim Fleming on the TV show Heartland. He lives with his wife, Karen, and their four kids in Ontario.

Potter started as a stage actor and worked his way up into the movie and TV business over time. So far, he has been in charge of 23 episodes of Heartland and other TV shows like The Good Witch.

Peter Morris is Lou’s ex-husband, and he works in the oil business to make a living. At first, Jack didn’t like him, but Jack and everyone else eventually came to like him.

Peter didn’t spend enough time with his family, so he and Lou fought for a long time. Even though they get a divorce in Season 10, Peter is still a part of the lives of his daughters. 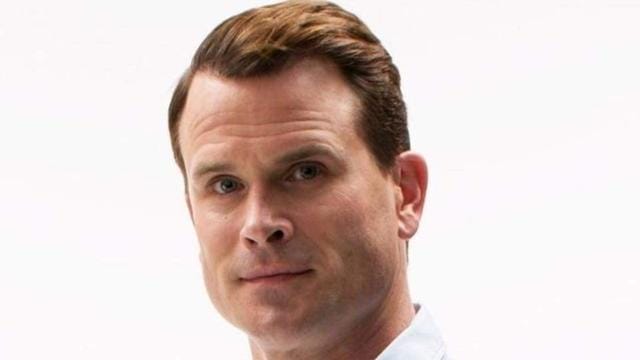 Gabriel Hogan is a Canadian actor who plays Peter Morris on the TV show Heartland. He is married to actress Inga Cadranel, and they have one child together.

Since Hogan was born into a family of actors, there was never any question about what he would do for a living. He loves hockey and making music with his wife when he’s not acting.

Mallory Wells is a friend of the Heartland family and helps out with chores on the ranch. She is smart and talkative, and she likes to be a part of everything at Heartland.

In Season 7, Mallory starts a new life in Europe by moving to London. In Season 10, she goes back to Heartland and says yes to Jake’s marriage proposal.

Jessica Amlee is a Canadian actress who plays Mallory Wells on the show Heartland. She started acting when she was 5 years old and has been a busy performer ever since.

Amlee’s other big roles include Beneath, Kidnapped: The Hannah Anderson Story, and the hit Netflix show Greenhouse Academy. Amlee likes to dance, hang out with friends, and listen to music when she’s not acting. 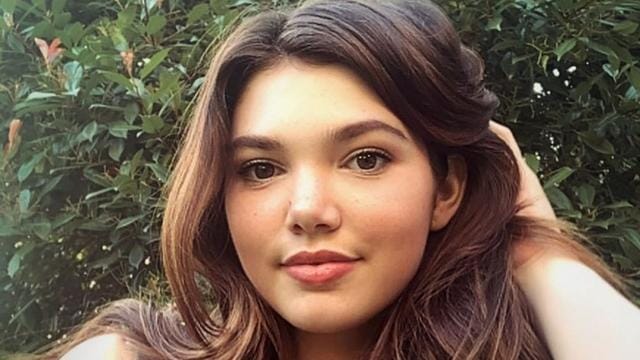 Georgie Fleming Morris is the daughter that Lou and Peter have taken in and raised as their own. She is also a good showjumper, and her biggest dream is to compete in the Olympics.

Georgie ran away from foster care when she was 10 and came to Heartland. At the same time, a horse named Phoenix wandered onto the ranch. They will become very close, which will help them do well in everything they do.

Alisha Newton is a Canadian actress and horse rider who plays Georgie Fleming Morris on the show Heartland. She has two horses and competes in show jumping when she’s not acting.

Alisha Newton grew up on the Heartland show, just like her co-star Jessica Amlee. Newton does most of her riding scenes on set because she is an experienced horsewoman in real life.

Caleb Odell worked on Heartland ranch for a few seasons as a ranch hand and rodeo cowboy. He then joins Tim’s rodeo school, where he coaches people who want to compete.

Ashley and Caleb were together for a long time, until the end of Season 4. He gets married to Cassandra, a veterinarian, and they have a son named Carson.

Kerry James is an actor and producer from Canada. He plays Caleb Odell on the show Heartland. James got the part of Caleb on Heartland soon after he graduated from the Vancouver Film School.

Kerry James is not a full-time actor like the other people in the cast. His main job is in construction, which gives him enough flexibility to also act on the side. Kerry James became good friends with Graham Wardle, who plays Ty on Heartland, while they were both working on the show.

Lisa Stillman owns Fairfield Stables, which is a top place to train Thoroughbreds. She asks Amy for help with a horse, which is how she first meets Jack. Throughout the series, they fall in love with each other, and in the end, they get married.

Even though Lisa doesn’t show up as often as some of the other characters, she is still an important part of the show. She likes to help people in any way she can and always means well.

Jessica Steen is a Canadian actress and producer who plays Lisa Stillman on the TV show Heartland. She has been in several popular TV shows, like Armageddon, NCIS, and Flashpoint.

Steen is a supporter of the environment and animal rights when he is not on the stage.

The actress first tried out for the role of Maggie on Heartland, but she was asked back to play Lisa instead. Jessica Steen is also good at several circus arts, such as fire twirling and walking on stilts, which is another fun fact about her.

Mitch Cutty is a cowboy and entrepreneur who gets a job at Heartland as a ranch hand. He goes on and off with Lou after she splits up with Peter in Season 10.

Lou and Mitch look cute together, but they are also very different. After a lot of ups and downs, Mitch finally asks Lou to marry him, and she says yes. But their plans don’t work out because they have different plans for the future.

Kevin McGarry is a Canadian actor, director, and writer who plays Mitch Cutty on the TV show Heartland. When he first started, he was a stage actor who did shows at the famous Charlottetown Festival and Shaw Theater. He is a regular on the TV shows Heartland and When Calls the Heart right now.

McGarry has been in popular Hallmark Channel movies like “Love at First Bark” and “A Song for Christmas.” He also wrote and directed two short comedies, and he wants to keep going in this direction.

Cast of Young Royals: Who Plays in This Season?