Doubling Down with the Derricos, a reality show about the family that airs on TLC will start its third season on February 22. People have an exclusive first look at the new season’s super tease. In it, Karen, Deon, and their 14 kids deal with potty training and teen dating, among other things.

Karen says in the new clip, “Having 14 children is so tiring, especially when you have more than one set of twins or triplets.”

Deon says, “So now that they’re getting bigger and more active, they’re like Tasmanian devils around the house.” His wife teases him, “Don’t call my babies devils!”

Doubling Down With The Derricos Season 3 Plot

Karen and Deon Derrico have a natural ability to have multiple children, even quintuplets. However, with their most recent set of triplets, who seem to be ready to come into the world well before their due date, the stakes are even higher.

The Derrico family is back for a brand-new season about real, raw, and emotional moments from their lives. This group of 14 children, including four sets of twins and singletons who were born naturally, never has a dull moment. In these new episodes, the bigger-than-life Derricos face problems they didn’t see coming, which throws them into the hardest year of their lives.

Karen and Deon are shocked when they hear that Diez, who is only three years old, might need surgery on his head. Darian, who is still single, keeps trying to be independent, but Deon is still as protective as ever, especially when Darian says she wants to start dating. 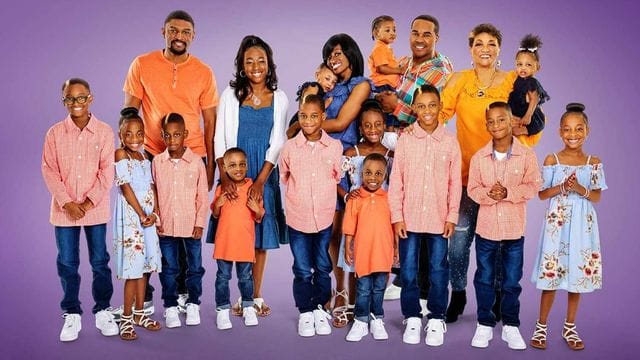 Karen thinks Deon might have OCD, which makes him even more protective. When Karen says she thinks she might be pregnant, GG has an emotional talk with both of them. The Derricos always find a way to deal with life’s ups and downs. This season, they go to the mountains, where the kids see snow for the first time.

For Halloween, they have a fun dance party with a 1970s theme. This season continues to show how much heart and soul this family has by showing how Karen and Deon handle a very hard time with grace, love, and humor.

Doubling Down With The Derricos Season 3 Cast

If someone hasn’t heard about the latest big family to be featured on TLC, they might be living under a rock. Las Vegas-based band the Derricos are in Doubling Down with the Derricos. Karen, 43, and Deon, 49, are in charge of their team of 11 kids, and they are expecting another set of triplets. All of the kids in this house, who are between 2 and 14, were born naturally since the word “IVF” doesn’t exist.

All of the little Derricos whose names start with “D” get ready in the order of when they were born, and they all have their own personalities. The reality TV parents get by with a little help from Derrico, Deon’s grandmother, and Eric, who lives in Deon’s apartment and is also Deon’s brother. 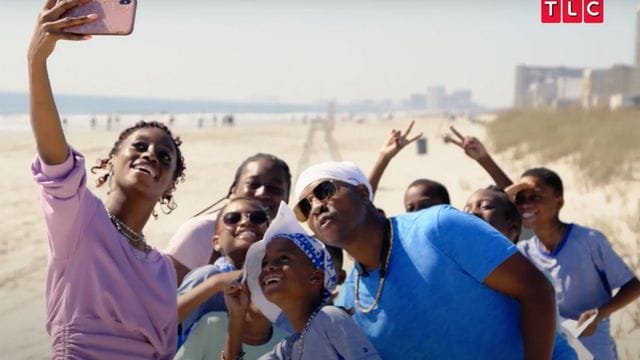 Of course, the $3,500 they spend on groceries is a big part of that. Today, the second episode of Doubling Down with the Derricos airs. Here’s how to follow the TLC family on Instagram for behind-the-scenes details and juicy throwbacks!

Doubling Down With The Derricos  Season 3 Release Date

People have an exclusive first look at the new season’s super tease. In it, Karen, Deon, and their 14 kids deal with potty training and teen dating, among other things.

Doubling Down With The Derricos  Season 3 Trailer

What is wrong with Gigi on Doubling Down with the Derricos?

GG revealed her cancer diagnosis on ‘Doubling Down With the Derricos. ‘ In Season 5, Episode 10, Deon explained GG was previously diagnosed with lung cancer in 2014. With chemotherapy, doctors were able to reduce it — but they were not successful in getting rid of it completely.

How much does TLC pay the Derricos?

What does Eric Derrico Do For A living?

That being said, it’s clear that Eric is considered a close confidant of the family. “I worked in real estate, and over time I started asking little favors of him regarding the real estate business,” Eric says of his relationship with Deon.

The Derrico family is back for a brand-new season. They have 14 children, including four sets of twins and singletons. In the new episodes, the Derricos face problems they didn’t see coming. The Derricos are the latest family to be featured on TLC. They have 14 kids and are expecting another set of triplets.