WandaVision’s future is just as wild and unpredictable as the show itself. Is there, however, any possibility that Marvel will extend the adventures of everyone’s favorite Avengers beyond the first season?

When asked about a possible second season of WandaVision or any of the new superhero shows coming to Disney+, Marvel president Kevin Feige has been usually evasive.

Last year, though, in an interview with Variety, Feige did confirm that the number of seasons for each show will be different:

“Some of our episodes are structured in a way that allows us to easily transition into feature-length narratives. The inclusion of [Elizabeth] Olsen in Doctor Strange 2 has been previously announced. We’re excited to have Teyonah Parris (WandaVision’s Monica Rambeau) in Captain Marvel 2.”

Asked by Collider if Doctor Strange and the Multiverse of Madness might serve as WandaVision’s second season, Elizabeth Olsen responded, “I believe the answer is that [WandaVision] could [have a second season].”

While that isn’t particularly specific, it does hint that Wanda will have an increasing presence in future plot developments.

The aftermath of “Doctor Strange 2” strongly implies that her story will continue.

The Scarlet Witch was floating in the air and reading the Darkhold book when we left her in WandaVision.

Then she heard Billy yell, “Help, help me!” and she did some truly terrible things. After losing her instant family in WandaVision, she evolved from a sympathetic wife and mother to sophisticated evil who kidnapped her own kids.

Wanda, or is she now Scarlet Witch, was corrupted by the Darkhold and fully embraced her new role as a villain, killing anybody who stood in her way as she tried to rescue Billy and Tommy. It was the Illuminati on Earth-838 that plotted Professor X’s brutal death.

Wanda may have seen the mistake of her ways towards the end when she destroyed the Darkhold, but how far she was corrupted remains unknown.

Do the Avengers have access to a treatment facility? Some sort of emergency number? Surely someone can assist this witch in need.

However, the subject of Vision’s whereabouts remains unresolved. Wanda will, of course, have to deal with Agatha now that she has her own spin-off, but we anticipate that her continuing story will be more substantial. 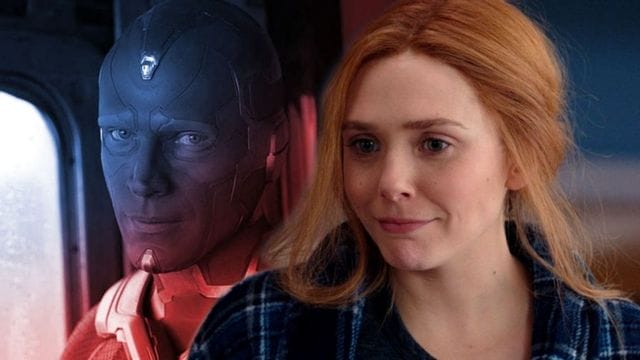 When you go on a rampage against teenagers, ruin entire planets, and murder Professor X, you can’t expect to get off with a slap on the wrist and call it a day.

Although it has not been officially confirmed that Olsen will remain with the MCU, she seems to share our enthusiasm.

The actress said, “It’s funny because I’m expecting to return but no one’s told me I’m doing anything!”

I’m just assuming that they’ll want me back because I’ve been here before.

I’m not sure in what capacity, but I’m hoping to be here again. In addition, I’m hoping there’s more excitement to be had elsewhere. When do we leave, and where do we go? We’ve accomplished a lot with her, in my opinion. The past few years with her have been extremely eventful.

WandaVision’s reality shifts so rapidly that predicting who will return for season two is currently impossible.

It’s hard to determine because the show’s finale seemingly erased everyone with a direct connection to Westview, including Wanda’s version of Vision and their two children.

The identities of the potential returnees in Season 2 depend largely on the plot of the new episodes, but here is a list of some of the more prominent characters we might see again.

After further investigation, we’ve determined that Bettany was, in fact, trollin’ us. Bettany has now admitted that he was joking about Doctor Strange’s appearance at the end of the film. In the post-credits scene of Season 8 Episode 8, we were introduced to not one, but two versions of Vision, and we couldn’t help but wonder if something was up.

“How often have you said something because you were sure it would be funny, only to have no one laugh? Then you genuinely start to freak out? This is what I did, “On GMA he broke his silence and admitted his guilt.

“Fans began to speculate, with names like Benedict Cumberbatch and Patrick Stewart being thrown about. As I read it, I thought, “Oh, my God, that’s a fantastic plan!” And when they find out it’s actually me, they’ll be so let down!”

WandaVision season two hasn’t been confirmed but with Doctor Strange 2 done and dusted there’s more time to invest in completing the plot.

Olsen is now working on the mini-series Love and Death, alongside Jessica Jones actress Krysten Ritter, Almost Famous’s Patrick Fugit, and American Horror Story’s Lily Rabe. Due in 2022 from the producers of Big Little Lies and The Undoing, it’s the true story of Texas housewife Candy Montgomery (Olsen), who brutally murdered her friend Betty Gore (Rabe) with an axe in 1980. 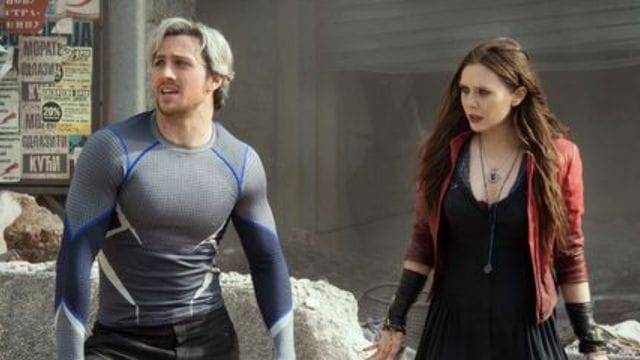 Meanwhile, her WandaVision co-star Paul Bettany has been cast as a lead with The Crown’s Claire Foy in the second edition of BBC drama A Very British Scandal. It concentrates on the scandalous divorce of the Duke (Bettany) and Duchess of Argyll (Foy) in 1963, one of the most lurid court cases in British history.

Bettany will be busy for a long because of both that and the comedy-drama Harvest Moon, which he co-wrote.

The wait for WandaVision season two may be long, but in October, it was announced that the show’s creator and head writer, Jac Schaeffer, would be penning and exec producing a spin-off series centered on the beloved character Agatha Harkness.

Due to the lack of official confirmation for a second season, no trailer for WandaVision has been released as of yet. Season 1 does a great job of incorporating throwbacks to earlier seasons of the same show, so while we wait for new episodes to drop, we can enjoy those.

What is Episode 2 of WandaVision Based On?

WandaVision’s sitcom world moves into the late-’60s, taking inspiration from shows like Bewitched and I Dream of Jeannie — two iconic stories about a magical woman trying to fit into a normal life.

Did Wanda Turn Evil At the End of WandaVision?

Wanda’s gone full villain, harming anyone and everyone that gets in her way so she can find her boys. She kills, maims, outsmarts, and enchants whatever she has to in order to reach her goal, but that goal doesn’t entirely make sense and results in forcing Wanda to learn a lesson she already did in WandaVision.

Will there be WandaVision 2?

It’s unlikely that “WandaVision” will get a second season, “Moon Knight” director Mohamed Diab confirmed in a new interview. Driving the news: Diab told SFX Magazine that the Marvel Cinematic Universe is packed with stories and series, but some don’t get second seasons, per GamesRadar.

Marvel president Kevin Feige has been evasive about a second season. Feige did confirm that the number of seasons for each show will be different. “Doctor Strange 2” implies that WandaVision’s story will continue. However, the question of where Vision’s whereabouts remain unresolved. WandaVision’s reality shifts so rapidly that predicting who will return for season two is currently impossible.

The identities of the potential returnees depend largely on the plot of the new episodes. Here is a list of some of the more prominent characters we might see again. WandaVision season two hasn’t been confirmed yet. The show’s creator is working on a spin-off about Agatha Harkness. Paul Bettany has joined the cast of A Very British Scandal. He co-stars alongside Claire Foy and Krysten Ritter in the second edition of The Crown.