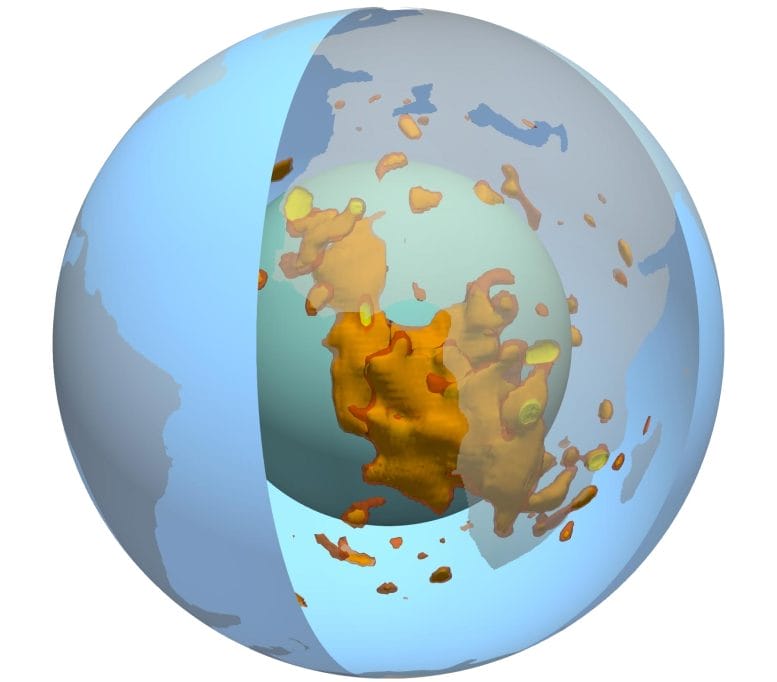 The earth is layered like an onion, with a thin outer crust, a thick, sticky mantle, a liquid outer core, and a solid inner core. Within the mantle, there are two massive point-like structures, roughly on either side of the planet. The points, officially referred to as Large Low Speed ​​Provinces (LLSVPs), are each the size of a continent and 100 times taller than Mount Everest. One is located under the African continent, the other under the Pacific Ocean.

Using instruments that measure seismic waves, scientists know that these two blobs have complex shapes and structures, but despite their notable features, little is known about why the blobs exist or what led to their strange shapes.

ASU scientists Qian Yuan and Mingming Li of the College of Earth and Space Exploration set out to learn more about these two points using geodynamic modeling and analyzes of published seismic studies. Through their research, they were able to determine the maximum height that blobs reach and how the size and density of blobs, as well as the surrounding viscosity in the mantle, can control their height. Their research was recently published in DOI: 10.1038/s41561-022-00908-3

Scientists have discovered a new form of ice – it may be common on distant,…

Why is NASA’s Boeing 747SP currently in Chile

Scientists have discovered a new form of ice – it may…