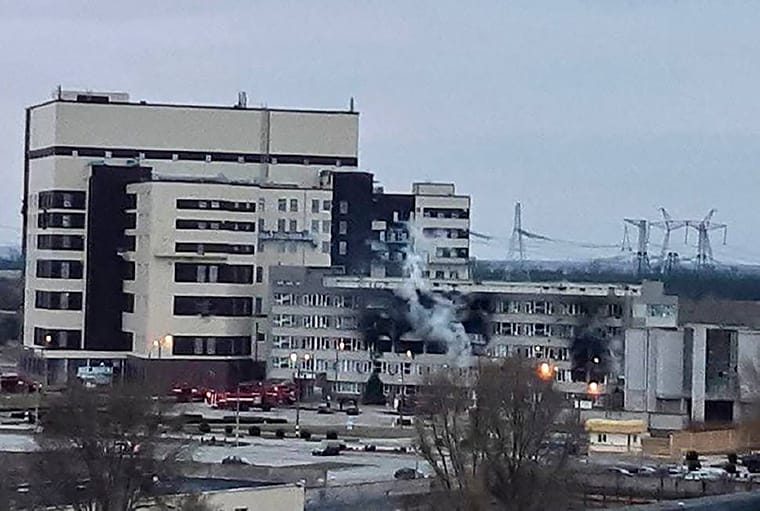 Vadim Boychenko, mayor of the southern Ukrainian city of Mariupol, painted a bleak picture of life in the city.

“The situation is very complicated,” Boychenko said in an interview on YouTube on Saturday. “The Russian army has already laid siege to the humanitarian corridor. We have a lot of social problems, which all Russians created.”

Boychenko said the city, which has a population of nearly 400,000, had been without electricity for five days. “All of our thermal substations depend on this energy source, so we are without heating,” he said.

There are no mobile networks, Boychenko said, “and since the Mariupol attack, we’ve lost our stock of water supply, so we’re completely without water now.”

“[The Russian army] “They are besieging the city and setting up a siege,” he said. “They want to cut off the humanitarian corridor and shut down the delivery of essential goods, medical supplies and even baby food. Their goal is to suffocate the city and put it under unbearable pressure.”

“The number of wounded and dead over the past five days is in the dozens. By the eighth day there were hundreds. Now, we are already talking about thousands,” Boychenko said.

“These numbers will only get worse,” Boychenko said. “But this is the sixth day in a row of air strikes and we cannot go out to retrieve the dead.

“They say they want to save the Ukrainians from being killed by the Ukrainians [state] “But they are the ones who do the killing,” Boychenko said. Listen, our brave doctors are saving lives here now for 10 days in a row. They live and sleep in our hospitals with their families.”

Boychenko spoke of the humanitarian corridor that was canceled Saturday.

“We had 50 buses full of fuel, and we were waiting for a ceasefire and roads to open so we could get people out of here,” he said. “But now we only got to 30 buses. We hid those buses somewhere else, away from the bombing, and we lost another 10 there. So our number went down to 20.

“So, when that humanitarian corridor finally opens up for us tomorrow or anytime, we may not have any buses left to evacuate people.”

Boychenko said that saving the city is out of the question. “The only task now is to open the humanitarian corridor to Mariupol at any cost.

“All these conversations are lies,” he said. “All this is going on, I will repeat it for the thousandth time, to destroy us as a nation.”

Boychenko insisted that morale in Mariupol was strong but that they were “only hanging”.

“We hold on to the hope that, perhaps tomorrow at the crack of dawn, perhaps a little dewdrop of love will fall upon the inhabitants of this city,” he said.

“The city of Mariupol no longer exists, at least the city I once saw,” Boychenko told the interviewer on YouTube.