TERRORBANE: Demo includes a hilarious, fourth-wall-breaking look at grandiose game development and how it may affect NPCs. On the surface, it seems to be a title influenced by old JRPGs, which is a well-represented genre. The twist is that you are effectively pitted against the ‘creator,’ finding and jotting down flaws. Based on the clip, it seems like there will be some interesting twists and turns.

When you first start the game, you’re thrown right into the fire, as you’re met with the “blue screen of death,” which most PC users have seen at some time in their lives. A CMD screen appears, which the game’s creator utilizes as a chatbox, thus presenting you to the person in charge of this game (or lack thereof).

The creator speaks directly to you and assigns you the duty of playing the game while discovering and logging any problems you find along the way. You will also encounter bugs. There are several of them. That is the general objective of TERRORBANE: navigating this glitch, bug-infested game and contributing to the creation of the ideal game despite the developer’s lack of assistance.

The gameplay is you exploring many levels, practically all of which having some form of problem. For example, when exploring a room, the player character may remain stationary on the screen while moving, but instead of moving around the area, the room moves around them. Some of the problematic puzzles might be difficult to solve, but they aren’t extremely difficult. These are primarily “WTF” moments, but I couldn’t help but grin and shake my head after I realized what I needed to do to go forward.

There will also be combat encounters that are inconsistent in terms of strategy. The meeting with the rock adversary — a genuine rock – threw me for a loop until I worked out the relatively easy method that I needed to utilize to destroy it. Another instance when I smiled and shook my head at TERRORBANE’s basic, but powerful comedy.

One of the most notable aspects of TERRORBANE is its sense of humor. Because the game is so self-aware, it’s filled with subtle allusions to other famous games like The Legend of Zelda, Dark Souls, and the Final Fantasy series.

The game also has exaggerated genre clichés like character creation and naming traditions, as well as an opening that includes a roughly five-minute scrolling conversation sequence that is as incomprehensible as my two-year-old spouting random phrases at me. However, the game does a good job at making these moments hilarious and presenting them in a weirdly charming manner.

These amusing moments extend to the characters themselves, with villains unable to comprehend the player character’s power, NPCs forbidden from spoiling anything (a request made directly by the developer), and an oddly-designed guy named George who has no idea what he’s doing or what his purpose actually is. As with everything else, practically all of the characters participate in the game’s meta-commenting, and it all works.

TERRORBANE: All About the Game

You’d expect to defend a basic fantasy RPG world from evil in TERRORBANE, right? Instead, the game’s creator continuously comments on everything you do, humorous errors and glitches appear wherever you walk, and nothing appears to operate as it should?! What’s a good Player to do except whip out his trusty BUG LIST and exploit bugs to get to the end credits sequence?

Become the TERRORBANE, Savior of the World!

TERRORBANE is a comedic adventure where bugs are your FRIENDS!

Enjoy exploring a crazy and outlandish world, full of unique, quirky characters and homages to the media of video gaming and its celebrated history, challenge the Developer with your creativity as you exploit and cheat your way through his sloppy design to try to get to the heart of what is truly needed to make the best games work.

In the wild world of video games, saving the realm from evil anthropomorphic villains is hardly a novel concept, but don’t expect this adventure to remain a run-of-the-mill fantasy for long! Vaults, castles, temples, and starships! Travel from the digital depths of a dungeon to the moon’s surface with barely any cohesive plot holding it all together! The Developer has created a world so full of strange lore and wonderful locales that you’ll begin to doubt your own sanity!

Test the Developer and Find as many BUGS as you can!

The Developer says his game is the finest ever developed, but the terrible quality of his coding necessitates a much-needed rethink of his claims! Look for flaws and problems, build your BUG LIST, and take advantage of any loophole you can find! Only in this manner will you violate all videogame rules and show your rights as the supreme Player, capable of eternally transforming the world of TERRORBANE.

MAKE YOUR SELECTIONS and GO BEYOND!

Did you honestly believe that completing the game would be enough to complete TERRORBANE’s story? Consider again! Your decisions influence your adventure around the planet, transporting you to vastly varied regions and surroundings; going back and changing your choices will transport you to whole other tales and people, adding new bugs to your collection! Who’s to say you won’t discover a method to go beyond the final credits scene?

Publisher WhisperGames and developer BitNine Studio have announced a release date for their forthcoming game TERRORBANE in a joint statement. On April 1, 2022, the Switch version of the JRPG-inspired comic adventure will be launched.

The game was announced last year, and an update at Gamescom indicated that it will be available in the first quarter of 2022.

TERRORBANE is a comedic adventure where bugs are your FRIENDS! Enjoy exploring a crazy and outlandish world, full of unique, quirky characters and homages to the history of video gaming, challenge the Developer with your creativity and be the Bane of Errors!

A conversation with the creator, who is in the “endless quest of making the ultimate video game,” seems to be a good idea.

One Punch Man Season 3: When Third Season Will be Released?

Lost in Space Season 4 Release Date: When Season 4 Will Air Out? 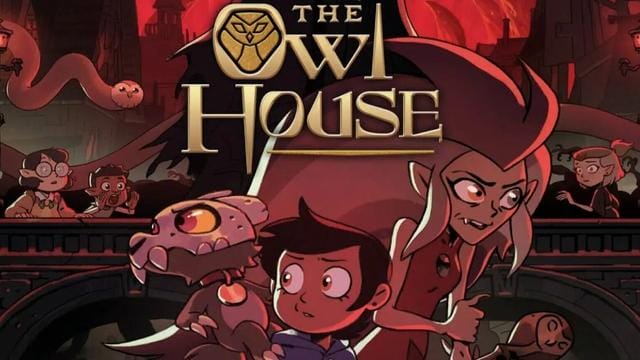