The third season of The Secrets of Sulphur Spring is the enigmatic world of our childhood fantasies. Disney creates the thriller drama series with young minds in mind. The abrupt emergence of life’s tragedies, surrounded by tales of negative energy, is extremely unsettling.

Nevertheless, everyone is invited to explore Secrets Of Sulphur Springs Season 3; Disney is undeniably giving back the delight of childhood reminiscence.

Do you remember when we used to get goosebumps from watching horror films? The third season of Secrets of Sulphur Springs discusses undiscovered missions with hidden secrets that have yet to be revealed.

Survival requires taking each step with great caution. If you fail to do so, be ready to forfeit your life as a consequence.

Who is Cast in Season 3 of Secrets of Sulphur Springs?

The forthcoming season of the show will see the return of prominent characters from prior seasons. Here’s the rundown:

The Third Season of Secrets of Sulphur Springs Plot

Griffin, Harper, and Savannah find out in season 2 of “Secrets of Sulphur Springs” that the real ghost that haunts The Tremont is Harper’s great-grandmother Daisy, who looks a lot like Harper.

Not only does she haunt the hotel now, but she also makes trouble for Savannah in 1962. So, her three friends decide to go back in time with her to the 1930s to find out more about how Harper’s family is connected to The Tremont.

But Harper accidentally loses the crystal that makes the time machine work, and she gets stuck in the 1930s. There, she meets Sam, Daisy’s brother, and Elijah, Daisy’s father. 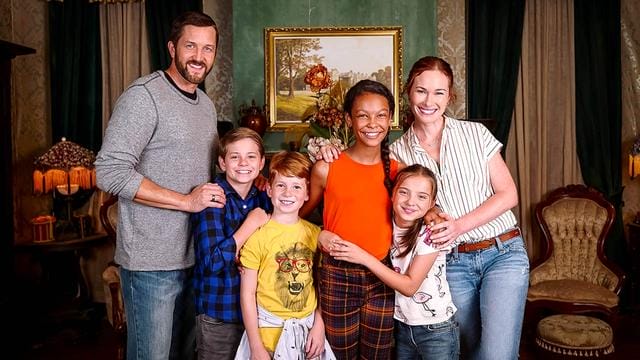 Daisy, on the other hand, is stuck in the present, and she and Harper both have trouble taking on the other’s identities. Griffin also starts looking for the crystal, and Zoey and Wyatt start looking into the ghost with the help of Topher.

Sam meets Savannah in 1962. She helps him with his Time Machine, and he uses it to go to the future.

On the other hand, Harper learns how her family was wronged in the past and how their land was taken away. Daisy and Griffin finally find the crystal and run to the time machine, while Harper goes back to the present.

She tells Griffin everything she has learned about the history of The Tremont. In the season 2 finale, which ends on a cliffhanger, Harper and Griffin’s families are getting ready to welcome back guests to the hotel.

Meanwhile, Harper and Griffin find out that the crystal may soon break, which would stop the Time Machine.

Most likely, Season 3 will pick up here and show if the Time Machine is stopped or not. It will tell more about Griffin and Harper’s efforts to save the crystal, and it will connect the past and present of the Tremont family.

Other parts of the story that will get more attention are how Sam’s trip to the future affects everyone, whether Savannah follows him or not, and what happens after the hotel reopens in the present.

When Will the Third Season of Secrets of Sulphur Springs be Out?

Here’s what we can say about season 3 now! Fans can be happy, because the show was officially renewed for a third season on February 7, 2022, at the Television Critics Association’s Winter Press Tour.

Even though the creators haven’t said when it will come out yet, production will probably start in the coming months.

Also, since the first and second seasons both came out a year after the first, the third season may do the same.

Taking all of this into account, the third season of “Secrets of Sulphur Springs” is likely to come out in the first quarter of 2023.

Who is the Creator of Secrets of Sulphur Springs?

Secrets Of Sulphur Springs was made by Tracey Thompson, who also wrote the story and is the show’s executive producer. Charles Pratt Jr. also worked with Disney to turn a children’s story into something special by helping to pay for the series.

Is the Tremont in Secrets of Sulphur Springs Haunted?

In “Secrets of Sulphur Springs,” the main character is a 12-year-old boy named Griffin Campbell. His family has just moved to a new town and bought an abandoned hotel called “The Tremont” with the hope of turning it back into the lively vacation spot it used to be. Not long after that, Griffin hears that a ghost is said to haunt the hotel.

Will There be a Season 3 of Disney The Mandalorian?

There has been a lot of interest in magic-themed movies for kids. These do the same thing as the books we read to our kids to put them to sleep, which is to get them to think of their ideas.

A creative mind can open many doors and learn a valuable lesson at the same time. Each season of Secrets of Sulphur Springs has always been better than the last.