SPY x FAMILY part one came out at the beginning of 2022 and became a huge hit right away. It’s unlike anything you’ve probably seen before. It’s a strange mix of found-family (literally) and screwball spy comedy from the 1960s.

On top of that, we fell in love with the strange and wonderful Forger family in SPY x FAMILY as soon as we met them. The show has something for everyone, whether it’s Loid’s super spy (and super dad) instincts, Yor’s crazy reactions as an elite assassin, or Anya’s cute telepathic antics.

Its unique style has already made it one of the biggest anime hits of 2022, but when the first half of season one ended at the end of June, we all wanted more. SPY x FAMILY fans won’t have to wait too long for more episodes.

As we’ve talked about, the first half of season one of SPY x FAMILY covered three volumes and seventeen chapters of the manga, so we would expect the second half to do the same. That means there are lots of details out there if you can’t wait to find out what happens next.

In volumes, four through six of the manga, Anya, Loid, and Yor get into all kinds of trouble, without giving away too much.

In part two of SPY x FAMILY, the Forgers will get to know their new family member, Bond, the big white dog with mysterious powers that we met at the end of part one. Meanwhile, Anya will have to take more difficult exams at her prestigious school 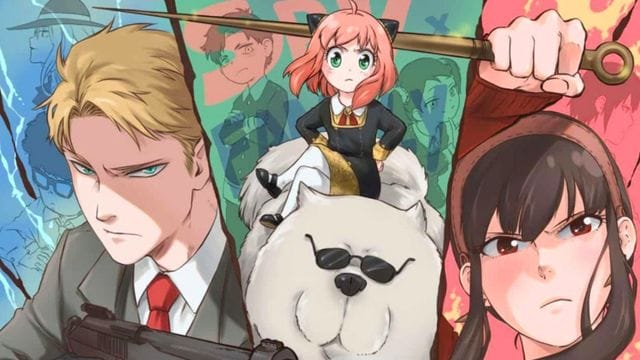 Fans of the original manga will also be happy to hear that WISE agent Fiona Frost is finally joining the show. Fiona is Loid Forger’s protégé. She has a lavender bob and a long purple duffer jacket, which is quite the serve.

She also has feelings for Lord that she hasn’t told him about, which is bad for our new favorite family, but who can blame her? With this new twist, the crazy way the Forger family works is sure to become even more unstable, and we can’t wait to see what happens next.

We got our first look at Fiona Frost when the release date for SPY x FAMILY part 2 was announced. In this new piece of key art, she is on the left.

Part two of SPY x FAMILY will have a lot of the same great voice actors as the first. Both English and Japanese actors will bring these likable characters to life. The show will also still be made by WIT Studios and CloverWorks together (a seriously impressive collaboration).

Megan Shipman, who plays Anya, talked to ComicBook.com at AnimeExpo in July 2022 about what makes her character so unique.

She said, “I think what people like about her, and what I liked about her, is that she is a child who acts like a child.” “She isn’t like a person who is 10,000 years old but has the body of a five-year-old. She is really a child. And I think that’s what makes her so charming: she thinks like a child and writes so well for a child.”

Before SPY x FAMILY came out, the show’s distributor, TOHO, said that it would be split into two parts, or “cours.”

According to the show’s website and this short teaser video that came out at the end of August, the second half of season one of SPY x FAMILY will start airing on October 1.

Even though the streaming service hasn’t said for sure, we expect that all new episodes of SPY x FAMILY will be on Crunchyroll.

The second half of SPY x FAMILY will have 13 episodes, for a total of 25. Depending on when the show starts, the part two finale would be at the end of December after 13 weeks of episodes.

Keep in mind that the original manga is still being written, and that SPY x FAMILY part one only covered three of the nine volumes that are already out (17 individual chapters for those keeping count).

If the second half has the same amount of story, there’s no reason to think that the Forgers will have to say goodbye for good at the end of part two. There will still be plenty of stories to tell. 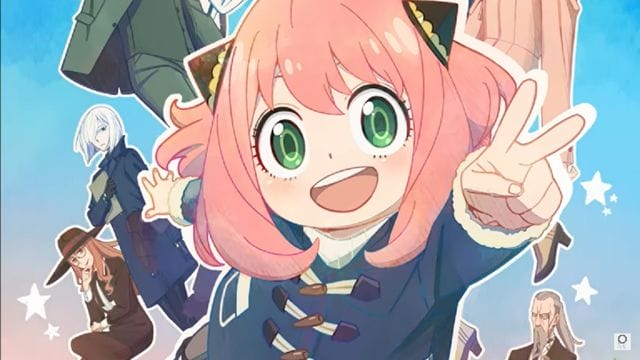 SPY x FAMILY was made by two major anime studios, WIT STUDIO, and CloverWorks, so it makes sense to split it into two parts. Kazuki Yamanaka, who works on animation, says that the two will work together again next season (via Crunchyroll).

“Yes, that could happen more often in the future. The main studios behind SPY x FAMILY are WIT STUDIO and CloverWorks, but other studios like MADHOUSE also helped make the show. This kind of working together will keep going on.”

Here is where you can watch the SPY x FAMILY part two trailer. The trailer came out right after the end of the first season. It gives a hint about the first “mission” the Forgers will have to do, which is called “Stop the Terrorist Bombing Attack.”

It has the first look at two new characters and a lot of girl bosses Sylvia, who we didn’t see nearly enough of in season one. The first seems to be a terrorist who is up to no good, and the second is the Forgers’ new very good boy Bond.

The Forgers’ very cute dog was teased at the end of SPY x FAMILY part one, and manga fans love him because he has some… unusual skills.

Will Loid Know That Yor is An Assassin?

He knows precisely what people expect to see day to day, and uses this to his advantage to hide his real identity throughout Spy x Family. However, this is exactly why Loid’s fake wife, Yor Forger’s, assassin’s identity will always escape his suspicion.

Does Damian Have Anya Crush?

After Anya’s tear-filled apology, Damian develops a crush on her that he does not want to acknowledge, denying it at every opportunity he gets.

What Does Anya Call Loid and Yor?

In English, Anya calls her erstwhile parents, Loid and Yor, “Papa” and “Mama.” In Japanese, however, she says “Chichi” and “Haha.” While both those words technically mean “dad and “mom,” they’re typically used when mentioning your own parents to outsiders.

The second half of season one of SPY x FAMILY will be even more action-packed. Fiona Frost, Loid Forger’s protégé, will join the show as a WISE agent. Anya will have to take more difficult exams at her prestigious school. Part two of SPY x FAMILY will have the same great voice actors as the first season. It will also continue to be directed by anime legend Kazuhiro Furuhashi.

There will be 13 episodes for part two, for a total of 25. SPY x FAMILY was made by two major anime studios, WIT STUDIO, and CloverWorks. Kazuki Yamanaka, who works on animation, says that the two will work together again next season. There will still be plenty of stories to tell. The second episode of SPY x FAMILY season two premiered on Sunday.

It gives a first look at the Forgers’ new characters and Damian’s crush on Anya. In Japanese, Anya calls her erstwhile parents, Loid and Yor, “Papa” and “Mama”.