Sara Lee, who won the 2015 season of WWE’s “Tough Enough” reality television series, passed away at the age of 30 on Thursday, according to both her mother and the wrestling organisation.

The sixth season of the tournament saw Lee, a native of Hope, Michigan, emerge victorious, earning him a one-year, $250,000 WWE contract.

Her mother, Terri Lee, expressed some of the family’s feelings in a message on social media, saying, in part, “We are all in shock and arrangements are not complete.” “We kindly ask that you respect our family’s privacy during this difficult time. Prayer is something that is needed by all of us, but especially by Cory and her children.”

Both Josh Bredl and Lee were victorious in the sixth season of the reality television show. 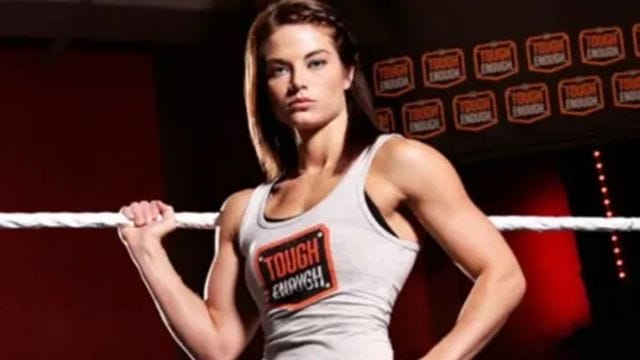 According to statements made by WWE at the time, she was training to become an ultrasound technologist and competed as a power lifter prior to entering the competition.

Lee was married to former WWE wrestler Cory James Weston, and the couple had three children together. Lee also competed in the ring herself. On social media, her sister-in-law referred to her as “one of the most beautiful individuals I’ve had the honour to know” in reference to her.

Those involved in and around the world of wrestling have voiced their disbelief and sorrow online.

“Absolutely devastating, and again another reminder that life is too brief. Sonya Deville, a WWE wrestler, said in a tweet that she was sending love and prayers to Sara’s family and loved ones because “Sara was great.”

Charlotte Flair, a wrestler who is also the daughter of wrestling great Ric Flair, posted an image of a shattered heart as an emoji next to a link to a memorial fund.

“Living Hell”: Pokimane Reveals That She Wears False Teeth for Reasons Other Than Aesthetics.

Heather Rae El Moussa is Pregnant and ‘enjoying Every Moment’