With this gigantic update, Monster Hunter Rise’s universe grows even wider and deeper, with new monsters, new locations, and more! 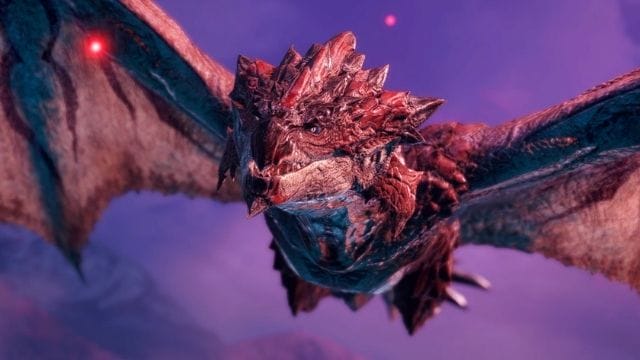 A New Adventure in a Distant Land

Since the events of Monster Hunter Rise, you have been dubbed the “Fierce Flame of Kamura,” and you must set out to discover the cause of a dreadful peril approaching a country across the sea!

New Enemies Have Arrived, and Old Rivals Have Returned.

When you arrive in Elgado Outpost, you learn that Malzeno, Lunagaron, and Garangolm — the fearsome monsters known as the Three Lords – are to blame for the strange happenings that are threatening the realm. In addition to these new foes, you’ll have to battle ancient foes in the form of a series of creatures not seen in Monster Hunter Rise!

Your beloved Wirebug is back and better than ever, with new skills for each of the 14 weapon types that give a new degree of flexibility and depth to the hunting action.

A Cast of Colorful Characters

There are a variety of locals to interact with at your new base of operations, each with its own charming personality. They’ll need your hunter’s help at times, and they’ll be the ones who help you out at other times! 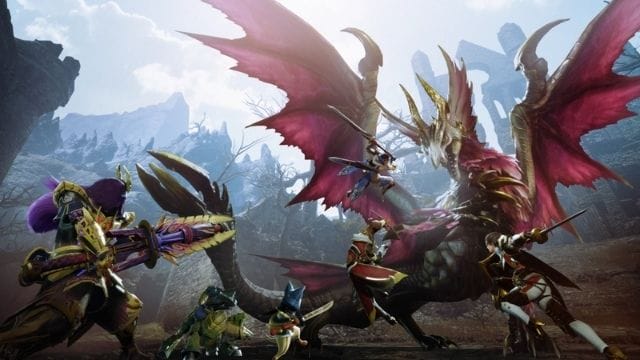 The peril facing the Kingdom is tied to powerful creatures known as the Three Lords, who were inspired by Western horror classics. The newly revealed Garangolm, the chilling Fanged Wyvern Lunagaron, and the Elder Dragon Malzeno are among this group. Other monster varieties and returning fan favorites such as Blood Orange Bishaten and the gigantic Astalos will appear to confront hunters in the additional Master Rank quest difficulty, in addition to these terrifying new opponents.

Investigating the Three Lords’ actions will take hunters all throughout the Kingdom to fascinating new locations, like the recently opened Citadel. Snow-capped peaks cascade down to lush woods thriving with new species of indigenous life in this location. A long-abandoned fortress sits in the heart of this huge region, serving as a refuge for the very monsters it was designed to keep out.

During Tuesday’s stream, Capcom unveiled a number of new and returning monsters, including the Fanged Beast Garangolm, which attacks with both fire and water elements; the Fanged Wyvern Lunagaron, which covers its body in ice to act as body armor; Blood Orange Bishaten, who, despite its delicious sounding name, throws exploding pine cones; and Astalos, the returning Flying Wyvern that can generate electricity to power its attacks. Players will fight these monsters in Sunbreak’s new Citadel, as well as in the neighboring woods and mountains.

Read More The Release of the EA Sports PGA Tour Will Now Is in the Spring of 2023. Have A Look!

The new Elgato Outpost hub, which includes a canteen, command post, and a variety of NPCs, merchants, and quest-givers, was also shown off by the publisher. Elgato Outpost is described by Capcom as a “bustling marine waystation” with a laboratory investigating unusual monster activities plaguing the adjacent kingdom.

The basic version of Monster Hunter Rise: Sunbreak will cost $39.99, while the deluxe edition will cost $49.99 and include multilayer armor sets, gestures, and hairstyles. Monster Hunter Rise gamers have been informed that a Sunbreak-focused software upgrade will take up around 13 GB of storage space.

Will There Be Multiplayer in Monster Hunter Rise: Sunbreak?

You may play with your buddies online in a 4-player co-op, just like in the main game. Village Quests and Hub Quests are the two types of quests in Monster Hunter Rise. Village Quests are solo-only offline quests that also serve as the game’s story mode. Hub Quests, on the other hand, are where you can play with your friends online, but they may also be performed solo or offline.

The difficulty of Hub Quests is proportional to the number of players present during a hunt. In a quest with two players, for example, the monster will have more health than when there is only one player. In multiplayer hunts, Monster Hunter Rise lets players bring an NPC ally with them. For example, a Palamute, a large dog that can help you travel faster, or a Palico, a humanoid cat that can deploy traps or heal the party.

Are There Any Limited Editions or Special Editions?

A Deluxe digital edition will be available for purchase, which will include the base game as well as many cosmetic items:

Will It Support Pc and Console Cross-Platform Play?

Capcom has announced on Twitter that the PC versions of Monster Hunter Rise and Sunbreak will not support cross-platform play or save data with the Nintendo Switch version.

Capcom revealed Tuesday during a Livestream presentation that the Sunbreak expansion for Monster Hunter Rise will be released on June 30 for Nintendo Switch and Windows PC. There will be a new tale, a new setting, new creatures to fight, and new Master Rank challenge quests in the DLC.

During Tuesday’s Monster Hunter Digital Event webcast, Capcom debuted a new gameplay clip for the expansion, displaying a range of new and old monsters that players will face. A Master Rank difficulty and new locations are among the many new features included in the expansion. The gameplay trailer is embedded below.

The Witcher 3: Wild Hunt Why is Worth Playing? Which Platforms Available to Play?

The Most Optimal Top 5 Smartphone to Buy at This Time!