Lego Star Wars: The Skywalker Saga enables you to visit hub worlds from classic locales like Naboo, Endor, Tatooine, and Bespin’s Cloud City, as well as unlock new vehicles and playable characters including Mama the Hutt, Yaddle, and Babu Frik.

On the various planets, you will also be collecting Kyber Bricks, which are used as cash to develop characters by doing things like improving Force skills and boosting blaster capability. There are over 300 playable characters, over 100 vehicles, and 23 planets to explore throughout the game. 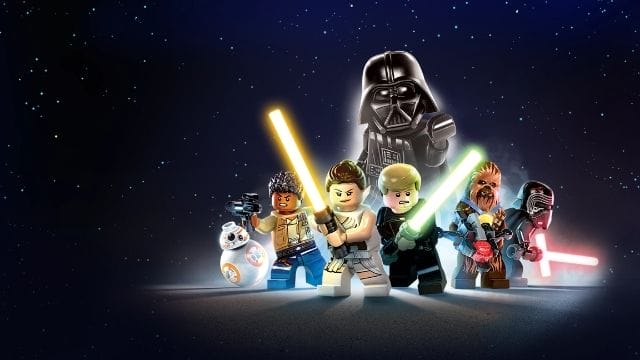 Unlike other Lego video games, which require players to go through the plot in a linear sequence, players may begin the game in any of the three Skywalker epic trilogies and finish them in any order they like.  Each episode will contain five narrative objectives, for a total of 45 levels, as opposed to the previous games’ six levels each episode.

Light saber wielders now use a variety of combinations with light strikes, heavy assaults, and Force maneuvers, while blaster characters use an over-the-shoulder viewpoint, a change from prior titles (angle featured in many third-person shooter games).

Lego Star Wars: The Skywalker Saga will include over 300 playable characters

If you can think of a character from any of the Star Wars trilogies, they are almost certainly in this game. However, some of them will be identical characters dressed in alternate clothes. The tweet below, for example, demonstrates how many various versions of Anakin Skywalker will be available in the game.

Much like its predecessor, Lego Star Wars: The Force Awakens, the game’s core will feature a broad variety of completely explorable planets populated with numerous classic Star Wars monuments, rather than a single place, such as the Mos Eisley Cantina in Lego Star Wars: The Complete Saga.

For example, an Imperial Star Destroyer may appear out of nowhere and launch a fleet of TIE Fighters at the player. Players may either engage in dogfights with them or carry on to advance the plot.

TT Games has revealed that, unlike its predecessor, Lego Star Wars II: The Original Trilogy, Lego Star Wars: The Skywalker Saga will not contain a character customization option. 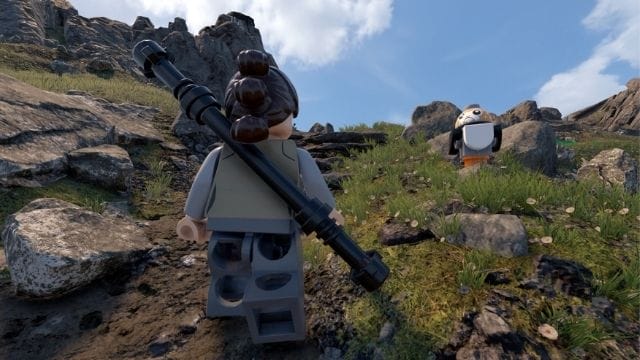 Yes, both the standard and deluxe versions of Lego Star Wars: The Skywalker Saga are available for pre-order here: 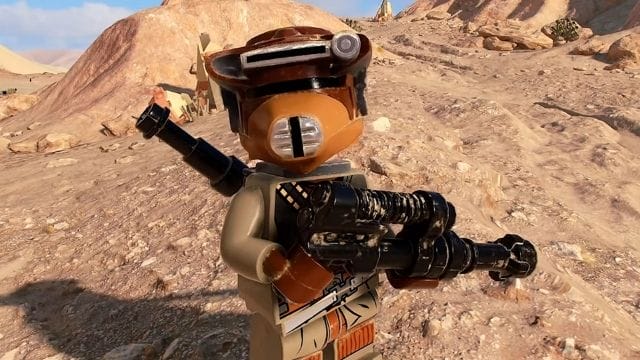 LEGO Star Wars: The Skywalker Saga will include local split-screen multiplayer co-op, according to TT Games.

This co-op mode allows you and one other person to play on the same sofa at the same time. Earlier games from the company, such as LEGO DC Super-Villains, have featured local multiplayer co-op, thus it seems like the game is staying true to TT Games’ previous works.

At the time of writing, TT Games has stated that there will be no online co-op multiplayer in LEGO Star Wars: The Skywalker Saga.

Online multiplayer co-op was also missing in TT Games‘ previous LEGO products. Hopefully, the function will be implemented in a future version.

If you pre-order digitally, you will get early access to the Trooper Character Pack on release day. The pack will be available a month later for those who buy the Character Collection Pass, or independently.

When purchasing the digital edition of the game, you will also get Classic Obi-Wan Kenobi as a playable character, which will not be available for purchase separately. The Deluxe Edition physical edition will feature a unique LEGO Star Wars mini-figure, Luke Skywalker with Blue Milk moustache.

Check out the promo video below.  We’re certain you’ll agree that this Lego Star Wars: The Skywalker Saga video makes the game seem to be a genuine delight for fans.

Lego Star Wars: The Skywalker Saga is an upcoming Lego-themed action-adventure game produced by Warner Bros. Interactive Entertainment and developed by Travelers’ Tales. It will be the sixth instalment in TT Games’ Lego Star Wars video game series and the sequel to Lego Star Wars: The Force Awakens.

The game will adapt all nine films in the Skywalker story, with extra characters and stages based on other Star Wars films and programmers to be released as DLC later. The game will be available on Microsoft Windows, Nintendo Switch, PlayStation 4, PlayStation 5, Xbox One, and Xbox Series X/S on April 5, 2022.

Is There Going to Be a Third Season of “Cheer”? Netflix Docu-Series: What’s Next?