Pop artists from Korea have a lot of fans and are well-known all over the world. So it goes without saying that their personal lives aren’t very private.

There are always stories about K-pop stars and their personal lives on the Internet. At the moment, rumors that BTS singer V and BLACKPINK member Jennie are dating are making a lot of noise.

Supposed pictures of Kim Tae-Hyung, also known as V, and Jennie Kim, also known as Jennie, are making the rounds on social media, and their fans think that the two have been dating for a few weeks.

Some fans noticed that pictures of V and Jennie looked much alike, which led to rumors that they were dating. In a recent photo, for example, V was seen at the KIAF Seoul Art Exhibition with actor Park Bo-gum, who is a friend. 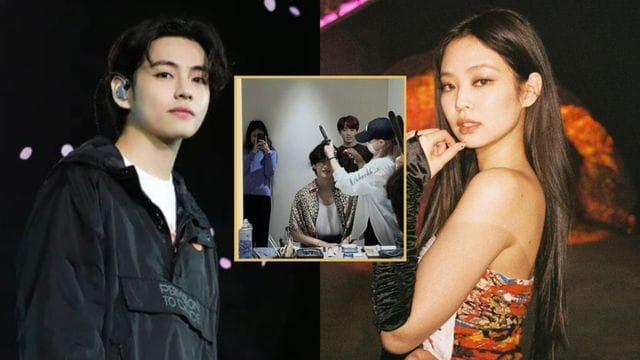 The BTS singer was wearing a formal shirt, beige pants, and a cap, which stood out and made people suspicious.

READ MORE:Dr. Cline Wife Leave Him: It is Rumor or Not?

As the picture spread on Twitter, fans began to wonder if it was the same cap and if V and Jennie had gone to the golf club together.

Taehyung was spotted at KIAF exhibition today and still wearing his FoundRae necklace and the cap, it’s the same one as Jennie’s hat 🥹🤓🫶🏻 pic.twitter.com/Aeriy7Fl40

It has been said for a long time that V from BTS and Jennie from Blackpink are dating. Their “leaked” pictures keep showing up on the internet, and now we have a new set of photos of the two of them supposedly having fun together.
For those who don’t know, there have been rumors going around the internet that V and Jennie are dating. After it was said that the two were seen together on Jeju Island by a witness, photos of them hanging out together have been showing up now and then.

The photos have been “leaked” by a social media account called Gurumiharibo.

READ MORE: Kai Cenat Net Worth: Did He collaborate on videos?
Now, pictures that have just been released show two people who are thought to be V and Jennie on a date having an average time. They can be seen going to an animal ranch and going to see a statue of Buddha. In the pictures, they can be seen feeding the animal and posing in front of the figure.

Here are the pictures that are said to show them having fun in the country. Take a look. 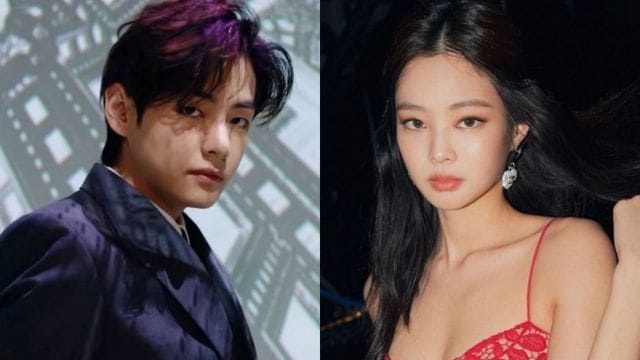 Fans of these artists know that the rumor that they were dating started in May this year when a netizen posted a blurry picture of a man and a woman in a car. Some people now think these new pictures are from the same period.

The idols’ management companies, Big Hit Music and YG Entertainment, haven’t said anything about this yet, but fans are trying to find out the truth about these allegedly leaked photos.

Even the most recent pictures are confusing ARMY and BLINKs, who are both trying to figure out if these pictures are real or not. Someone on Twitter said, “It doesn’t matter if the images are authentic; stop invading their privacy.

Is Jennie Seeing Someone?

It has been told that the BTS singer V and the BLACKPINK member Jennie are dating. It has been noted for a long time that V from BTS and Jennie from BLACKPINK are dating. Their agencies put out a vague statement together.

Where is V at the Moment?

V is now back at home in South Korea. After his trip to Hawaii, the singer thanked his fans for respecting his privacy. He wrote on social media, “Thank you, ARMY, for pretending not to know and being kind so I could travel more comfortably in Hawaii and the airport. I love you.”

Why Did Bts Stop Performing?

The seven members of BTS told fans at their annual dinner on June 15, streamed live around the world. They said they were tired and wanted to work on solo projects.

Ritika Sajdeh: Biography| Age| Marriage & What Does She…