Although the iPhone 14 is not expected to be released until September, anticipation is already building. The existence of Apple’s next smartphone hasn’t been officially confirmed, but the internet is buzzing with iPhone 14 speculations and rumours of a “complete overhaul.”

Ming-Chi Kuo, a leading Apple analyst, predicts that the iPhone 14 lineup would include four devices, including two improved ‘Pro’ variants. Even while nothing is official at this point, there are several reasonable projections to consider.

Given our enthusiasm for the iPhone 13, we anticipate that the iPhone 14 will be as impressive. It’s especially noteworthy given how comparable in terms of performance the low-cost iPhone SE (2022) is to the high-end iPhone 13.

At a glance, the iPhone 14 rumours

iPhone 14: When Will it Be Released?

Apple hasn’t said anything about the iPhone 14 – let alone when it will be available for purchase. However, given the fact that Apple releases new iPhones at the same time every year, it’s quite expected that the iPhone 14 will be released on 14th September 2022 as planned.

It is customary for Apple events to be hosted in the company’s Apple Park headquarters in California, with the event often beginning around 10 a.m. Pacific Time, which corresponds to 6 pm GMT and 4 am Australian Eastern Standard Time (AEST).

In the United Kingdom, the iPhone 13 was launched for a price that was £20 cheaper than the iPhone 12. Fingers crossed that the downward trend continues, but if one rumour is to be true, that would be wishful thinking as well.

It comes courtesy of iDropNews, which claims to have received information from sources that higher charges are being explored within Apple. However, while the basic iPhone 14 would start at $799, the larger iPhone 14 Max would cost an additional $100, at $899 (about £650 or AU$1200).

The iPhone 14 is expected to get a significant redesign, beginning with the outside. For the most part, Apple’s future phone might appear quite different from the iPhone 13…

In September 2021, FrontPageTech’s Jon Prosser provided us with a “closer peek at the iPhone 14.” The well-known leaker produced a slew of renderings, including the one seen above, that purports to display the iPhone 14 in its final form. If Prosser is correct, the next Apple phone will have “titanium edges,” making it the strongest iPhone to date, according to the analyst. 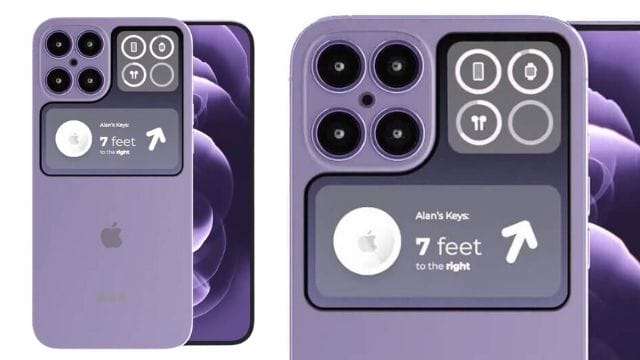 Mark Gurman of Bloomberg swiftly chimed in on the matter. The well-known Apple observer predicts that the iPhone 14 will undergo a “major overhaul,” and that the 5.4-inch iPhone Mini will almost probably be killed out and buried.

Mr Ming-Chi Kuo, unquestionably the most dependable Apple analyst on the scene, appears to be on the same page with Gurman on this issue. KGI Securities analyst Ming-Chi Kuo predicts that Apple will sell four iPhone 14 models in 2022, including a ‘cheap’ new iPhone Max to replace the retired iPhone Mini.

The following is a possible lineup for the iPhone 14 family:

The Elec, a Korean website, has something to say about it in December 2021. This report suggests that the two iPhone 14 ‘Pro’ versions will benefit from new “hole-punch” screens, in the same way, that Prosser has stated. As a result, Apple will (at long last) begin to phase out the unattractive camera notch, which was first introduced on the iPhone X, in favour of a far more discrete ‘pinhole’ selfie camera. We are people who believe in the power of hope.

Other rumours have suggested that the notch may be replaced by a longer, ‘pill-shaped’ cutout. In the meanwhile, according to display industry expert Ross Young (via MacRumors), Apple will integrate both the hole punch and pill-shaped cuts, a design that has come to be known as the “hole Plus pill” design and is endorsed by prominent analyst Jon Prosser. Young explains that each cutout will have a specific function – the circular ‘hole punch’ cutout will house the Face ID dot projector, while the pill-shaped cutout will be where the front-facing camera and Face ID infrared camera will be housed.

Touch ID is expected to make a comeback in 2022, according to reports. Leaks from an anonymous source ApplePro claims that it is now being tested on the iPhone 14 Pro series (in addition to Face ID, of course). Given that Apple tried Touch ID on the iPhone 13 Pro – and then decided against it – we’d recommend treating this rumour with a grain of salt. 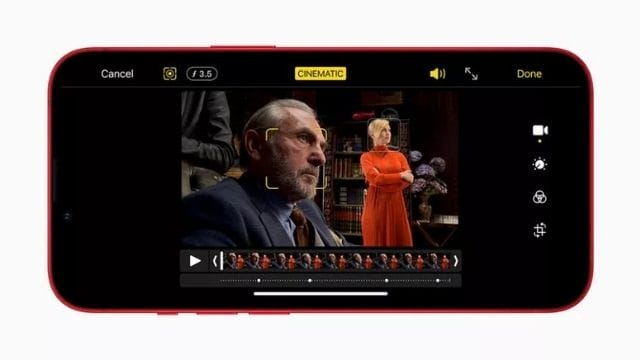 Indeed, according to another rumour, Apple is moving in the opposite way and has completely abandoned Touch ID altogether. According to the source, Apple has abandoned its efforts to integrate a fingerprint sensor beneath the iPhone’s screen, which implies that Touch ID will not be available on the iPhone 14 or any of its successors.

Instead, Apple is putting all of its resources on Face ID, which makes sense given the simplicity it provides (particularly now that it can function when you’re wearing a face mask).

Apple users may soon be able to say goodbye to their actual SIM cards as well. It has been reported that the iPhone 14 would include an option to replace its standard SIM card slot with virtual SIM cards, according to a source at MacRumours.

If leaked blueprints are to be believed, the iPhone 14 models will be larger than its predecessors in both size and weight. According to the renderings, the iPhone 14 Pro and Pro Max will have larger casings and more pronounced camera bumps on the back than their predecessors.

The alterations in measurements are minor, but yet noteworthy since they counter the recent trend of slimmer is better’ in fashion. (Apple has already made the iPhone 13 significantly thicker than the iPhone 12, so it is following in the footsteps of its predecessor.)

Ming-Chi Kuo believes the bigger camera bump is necessary to accommodate the new 48MP primary camera sensor, which is a significant advance over the previous models’ 12MP sensor (Apple has stuck with 12MP since the iPhone 6S in 2015). This will result in a 25-35% increase in diagonal length of the 48MP CIS sensor, as well as a 5-10% rise in the height of the 48MP’s 7P lens, according to Kuo.

Finally, there has been speculation about Apple unveiling its first foldable iPhone, which has been called the iPhone Fold. We are aware that Apple has tested a prototype, but it is doubtful that the device will be released by 2022. According to Bloomberg, the iPhone Fold might be available “in a few years.” Don’t hold your collective breath.

Read more: The Most Optimal Top 5 Smartphones to Buy at This Time!

The iPhone 13 was introduced to us as “the most powerful iPhone yet,” but given that the next low-cost iPhone SE (2022) has the same A15 Bionic chipset, it’s a foregone conclusion that the iPhone 14 will be even more powerful.

As reported by Apple watcher Ross Young, the gadget would be equipped with Apple’s own A16 Bionic CPU, which might be one of the first 4nm processors to hit the market. If that’s the case, anticipate a significant increase in power above the current 5nm A15 Bionic processor in the iPhone 13. There is also speculation that TSMC, Apple’s chip supplier, may convert to a game-changing 3mn chip in 2022, which would be revolutionary (via MacRumours).

However, it appears that users may anticipate better visuals, faster responses when they make a gesture, and slicker 3D maps as a result of this update. We’d also anticipate Apple putting some of that capability to use in some new Augmented Reality applications.

The only flaw in the plan, however, is that there is one. The persistent worldwide chip scarcity caused by the epidemic has hindered the manufacture of everything from video game consoles such as the Sony PS5 to automobiles and cellphones, among other things.

As a result, there has been some speculation that Apple would continue with a 5nm processor, similar to what it did while switching from the iPhone 12 to the iPhone 13. If you ask us, it sounds like Apple’s ‘worst-case scenario’ backup plan, and nothing more and nothing less than that. 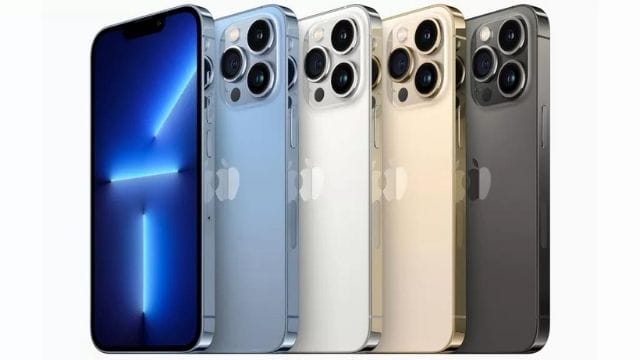 In addition, Kuo predicts that every model in the new line-up would come with 6GB of RAM, despite the fact that RAM is not a feature that Apple generally promotes for its iPhones. iPhone 13 Pro and 13 Max have 6GB of RAM, but the iPhone 13 and Mini have 4GB, so this would be a significant improvement for the lower-end iPhone models.

According to Kuo, the iPhone 14 Pro and Pro Max might also be equipped with LPDDR5 memory, while the lower-end versions would retain the LPDDR 4X RAM featured in the iPhone 13 series.

As for storage, we anticipate Apple will go with the same options as with the iPhone 13: 128GB for the entry-level smartphones and up to 1TB for the highest-end Pro handsets, as with the iPhone 13. The possibility of Apple supplying 2TB of storage with the 2022 Pro models has been floated around, but will the company sell enough 2TB phones to make it a viable option? We are not persuaded in the least.

If Apple is going to increase the computing power of the iPhone, it makes logical for them to increase the battery capacity as well. The new iPhone 13 has a battery life that is two and a half hours longer than the previous model, so we may expect another significant increase in capacity.

Finally, there are rumours circulating that the iPhone 14 Pro or Pro Max will be devoid of a headphone jack. It’s understandable that rumours about the iPhone 12 and 13 have persisted, especially in light of the widespread availability of wireless chargers and headphones. Is it possible that the iPhone will be released without a port this year? According to Jon Prosser, this is highly unlikely. According to the source, Apple will continue to use Lightning connectors until 2023.

Apple’s 14-inch Pro, Max, and Pro Max models, according to unofficial renderings shared by FrontPageTech’s John Prosser, will have a triple-lens camera. According to reports, the regular iPhone 14 will be equipped with a dual-lens camera.

The most intriguing developments are likely to be revealed in the technical specifications. Ming-Chi Kuo, a well-known Apple analyst, predicts that Apple will equip the iPhone 14 Pro models with a new 48MP primary sensor — a significant upgrade over the 12MP sensor seen in the iPhone 13 Pro. 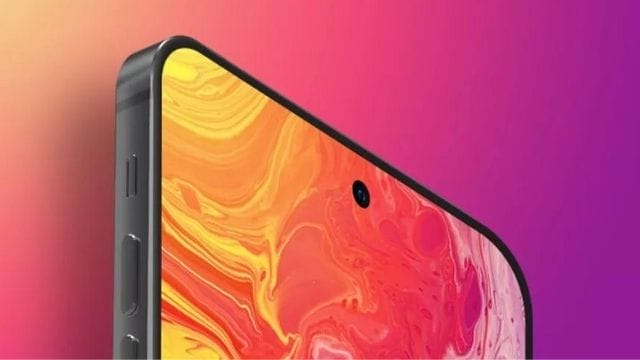 Because “the optimal resolution for augmented and mixed reality is between 8K and 16K,” according to Kuo, an upgraded sensor is required. The tip appears to be in line with a recent rumour that Apple is preparing to release a mixed reality headset in the second half of 2022.

Kuo is also certain that all four of Apple’s iPhones in 2022 would feature 8K video recording, which would be a first for the company. Samsung’s Galaxy S devices are already capable of filming in 8K resolution, so Apple has slipped behind the times in this regard.

According to another fascinating rumour, the iPhone 14 Pro versions may be equipped with a periscope-style zoom lens in the future. Apple has already filed a patent application for the technology (via PatentlyApple), which allows lenses to be stacked horizontally rather than vertically, resulting in a considerably greater zoom range than is now possible.