Nerdle Game: Nerdle, the latest brainteaser, appeals to those who want a numerical version of the viral popular game Wordle. Richard Mann, a British data scientist from London, created the numbers version of the popular puzzle game after his 14-year-old daughter expressed interest in a Wordle for “maths nerds.”

People have been reporting their Nerdle results on Twitter, much as they do with Wordle, since it first appeared last month. Wordle, invented by British software engineer Josh Wardle, was recently purchased by the New York Times for a seven-figure sum.

What exactly is Nerdle? 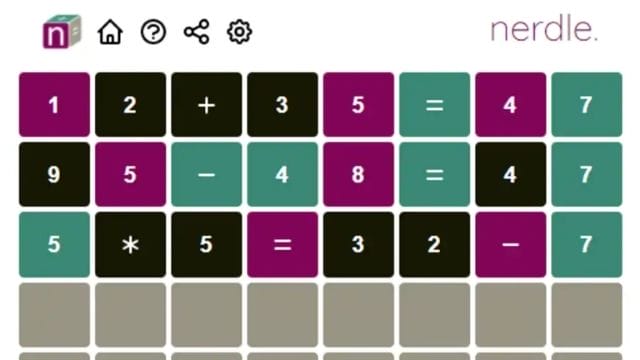 While the rest of the world was occupied with Wordle puzzles, online gamers now have access to a clone of the popular word game known as ‘Nerdle.’ Nerdle is a numbers game based on the concept of Wordle in which players must arrange a succession of numbers to complete the puzzle.

“For math nerds, there’s a Wordle equivalent.” The goal of the game is to guess the Nerdle in six tries by guessing the “word” that appears on each of the eight tiles.

The colour of the tiles will change after each guess to illustrate how close your guess is to the correct answer. Green indicates that the number is correct and in the proper location. Purple indicates that it is present in the solution but at the incorrect location. It’s not in the word if it’s black.

How to Play Nerdle Game? 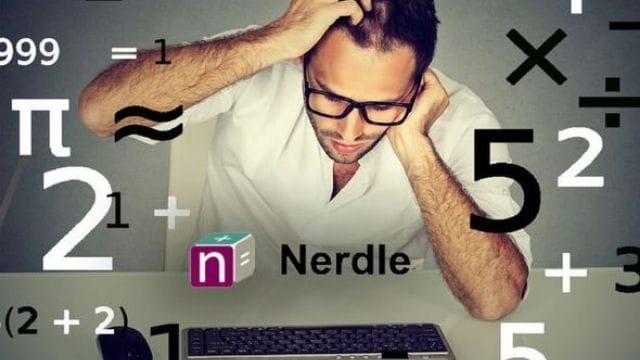 If you understand the premise of Wordle, all you have to do now is fill in a few more blocks.

It’s worth mentioning that, like the word game, this numbers game releases a new challenge every 24 hours. Interestingly, this game also allows you to solve past days’ puzzles, which is ideal for individuals who can’t wait for the next task.

What are the Nerdle Game Rules?

To begin with, the game is highly perplexing, and it is a difficult battle. The goal of the game is simple: guess a “eight-character” mathematical equation in six or less tries.

The colour of the tiles changes as you arrange the numbers on them. The various colour codes scream at you, indicating whether the equations or numbers you’ve entered are correct or incorrect.

Nerdle has added a few wrinkles to the game that set it apart from previous Wordle spinoffs.

The Nerdle Challenge, similar to Wordle, is a daily game. On a certain day, challengers must find out the challenge-equation that applies to all players of the game. If the equation is 12+06/03=14 today, every player who accepts the challenge will get the same answer. A day’s worth of challenges is also restricted to one.

Read More Top Laptops That Are Most Awaited for the Year 2022!

For all players, Wordle resets at 12 a.m., however the timing is defined by Greenwich Mean Time (GMT). In the official world of Nerdle, the time only follows the norm that makes it protocol, even if the clock struck 12 signalling the start of the next day for you.

In Nerdle, the manipulable objects are numbers rather than letters. The symbols for addition (+), subtraction (-), multiplication (*), division (/), and equal to (=) accompany these values. When these things are joined to create various formulae, they produce equations, which may be acceptable but only half correct or entirely correct (the correct answer). Irrational and illogical equations are rejected as guesses in the Nerdle game system. Integers, for example, are acceptable in Nerdle since they are rational numbers, but powers, decimals, and other complex numbers are not.

Last week, a six-square version of the game dubbed mini Nerdle was released, which, according to the developers, is just as difficult as the original.

Some exciting news. We're delighted to announce the arrival of mini nerdle. Activated in the settings menu, a nerdle with just 6 squares. But not as easy as it sounds! pic.twitter.com/yD8HUMffmU

Wordle has sparked a craze for online puzzles, with new guessing game websites springing up on a regular basis.

For those who prefer numbers over letters, Wordle now has a math-based alternative. Nerdle is the latest game to capitalise on the Wordle popularity, challenging players to solve a whole 8-character computation in only six guesses. You begin with a fully blank grid, similar to Wordle. Green tiles show when you guess a number or symbol in the proper position; purple tiles emerge when the number or symbol exists in the calculation but in a different position; and black tiles appear when the number or symbol does not appear at all.

Read More The Most Optimal Top 5 Smartphone to Buy at This Time!

Nerdle Game applies the tried-and-true formula to numbers. Your job as a player is to calculate the right daily amount using the same numerical digits and arithmetic symbols (plus, minus, divide, multiply, and equals) as a calculator.

You can’t just type in any random characters and hit submit, though, because your equation must make sense. While this may appear to be homework, it may be enjoyable once you get into the swing of things.