Echo is the latest Marvel Studios show to be made for Disney Plus. It is a spin-off of Hawkeye, which was the first show to feature the comic book hero.

The new series will continue the story of Echo/Maya Lopez, who is the adopted daughter of the bad guy Kingpin (Vincent D’Onofrio). The last time we saw her, she was looking for bloody revenge on him for killing her real father.

One of the rumors about this show is that Charlie Cox will play Matt Murdock, also known as Daredevil. Murdock was recently brought back into the Marvel Cinematic Universe in Spider-Man: No Way Home.

In the comic books, Daredevil and Echo have a history together, so it would make sense for them to share the screen. However, Cox’s casting is not yet set in stone, so we should stress that.

Now that a new official picture of Marvel’s Echo is out, read on to find out everything you need to know about her.

The following people are confirmed to be in Echo. 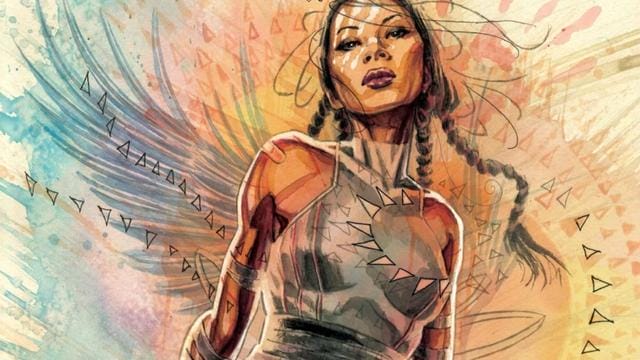 In the new spin-off series, Alaqua Cox will play Echo/Maya Lopez, the character she played in Hawkeye.

Jacobs is set to play a new character named Julie, but other than the name, not much is known about the role.

Fra Fee wants to come back as Maya’s old friend and fellow Tracksuit Mafia member Kazimierz “Kazi” Kazimierczak, who died tragically by her hand in the last episode of Hawkeye’s first season.

At the beginning of December 2021, he told RadioTimes.com, “I mean, are you kidding? I would love to be a part of it, of course.

But my phone is on right now, and no one has called me yet. We’ll have to wait and see what happens. Who can say?”

Other Tracksuit Mafia members could come back, and there are strong rumors that Vincent D’Onofrio could play Maya’s adoptive father Wilson Fisk, aka Kingpin, again. Some sites have also said that Charlie Cox, who was also in Daredevil, could join him.

At this point, neither has been officially confirmed, but stay tuned for more information.

A new summary for the show says that it will be about “Echo’s story and will bring back “Maya Lopez, whose cruel actions in New York City catch up with her in her hometown. 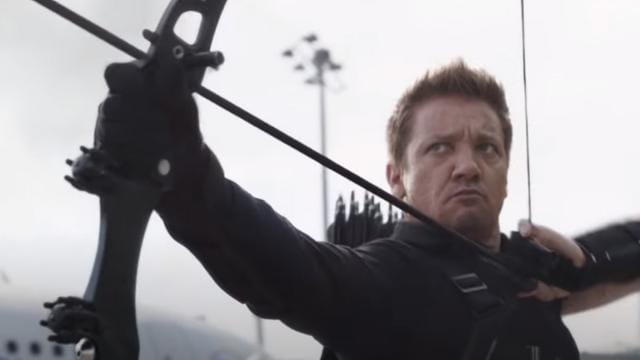 If she wants to move forward, she needs to face her past, get in touch with her Native American roots, and learn what family and community mean.”

Even though the Echo series will start after Hawkeye, we think it will have a lot of flashbacks to Maya’s life before she went after Ronin for revenge.

This is especially likely since McClarnon will be back as Maya’s father, who died before Hawkeye.

Even though Maya is trying to make a new life for herself, the show will probably keep focusing on her relationship with the Kingpin and her ties to crime.

Maya turned her back on the Tracksuit Mafia in the last episode of Hawkeye and lost her best friend Kazi.

In her last scene, Maya stood in front of a hurt Fisk and pointed her gun at the man who killed the two most important people in her life. Fisk tried to talk Maya out of it, but she didn’t let him.

We heard a gunshot and the sound of a body falling as the camera moved up.

Was it true that Maya killed the Kingpin? One of the questions Marvel hasn’t answered yet is this, but fans aren’t sure because of how much they want the character to come back.

We’ll make sure to add new information to this page as soon as we have it.

When will Echo by Marvel Come Out?

The series is now officially being filmed, and a new picture has been released (see the top of this article). We also have a rough idea of when the series will come out.

Disney has said that the series will only be available on Disney+ in 2023, but we don’t know much more than that. The episodes could come out early in the year, though.

When will the Echo Series be Available?

After the dramatic end of Hawkeye, Maya will be the main character of her show. So, here’s all the information you need about the Echo series. We might have to wait a long time for the Echo series. It might not come out until at least 2023.

So, if the show starts filming in 2022, Marvel fans should probably expect to see Echo on Disney+ sometime in 2023. That’s if the project doesn’t run into any big, unexpected problems before then.

What is Disney+ Echo Day?

Echo is a spin-off and chronological continuation of Marvel’s Hawkeye series. It was one of the pre-announced titles that superhero fans knew the least about before Disney+ Day, but it’s already shaping up to be one of the studio’s most interesting Phase Four projects.