“Firefly Lane” is based on Kristin Hannah’s book of the same name. It follows two best friends as they go through different parts of their lives. Stories from Tully and Kate’s past, present, and future are woven into the show (kind of like the show “This Is Us”).

In the 1970s, the two friends meet when they are teenagers. They’re complete opposites, so it’s not likely that they’d get along, but they do, and they form a strong bond that helps them deal with family problems, careers, and romantic relationships.

Tully is a strong, sassy girl who comes from a broken home. Kate, on the other hand, is a sweet, shy girl who is mostly happy to let her friend be the center of attention.

The movie Firefly Lane is based on a book by Kristin Hannah of the same name. Season 1 went through most of the book, but there was still more to go. Season 2 should pick up where season 1 left off and finish the book.

A LOT of questions were left unanswered by the end of season 1. What did Tully do? How did Johnny get hurt? We’ve seen Johnny get hurt really badly, Tully quit her job, and now. Tully and Kate are not getting along at all. Girls from Firefly Lane for life… or maybe not. 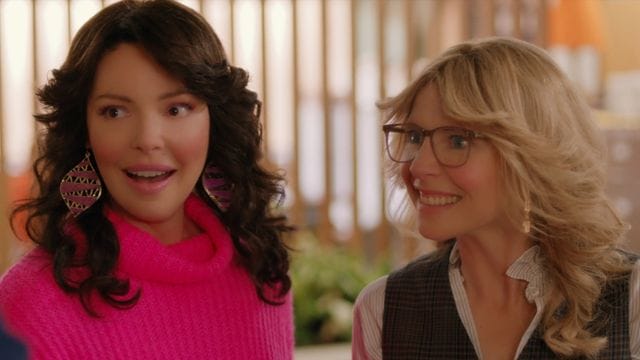 Google searches for “Why are they no longer friends on Firefly Lane?” show that a lot of people want to know. Why did Tully and Kate stop getting along? Google doesn’t have the answers, though. Still, in the video announcing season 2, Sarah Chalke said, “So, this problem between Tully and Kate, we can’t say much about it, but we can say that it has to do with family and has nothing to do with Johnny.”

Maggie Freidman, who runs the show, talked to EW about what viewers can expect from season 2. “We leave them when they are only in the eighth grade. They’ll have a lot of good teen years and fun growing-up times in the ’70s, with all the great music, fashion, and changes in culture. I just find it very interesting.”

As you may have guessed by now, Katherine Heigl and Sarah Chalke will both be back for the second season of Firefly Lane. It’s also likely that the rest of the main cast will play their roles again, though we won’t know how yet because Bud (Paul McGillion) died in the season finale, and Johnny (Ben Lawson) was badly hurt.

The show has a lot of flashbacks, though, so characters can always show up in Tully and Kate’s past. We can also be sure that Roan Curtis and Ali Skovbye will come back as young Kate and young Tully, respectively.

Netflix has only officially announced four new cast members for season 2 of Firefly Lane so far. 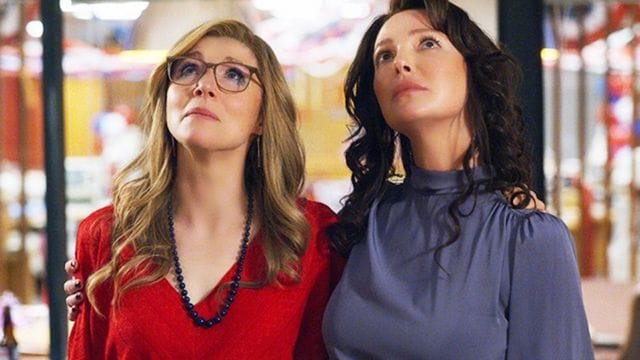 Read more: Bel-Air Season 2: Is Bel-Air Based On a True Story?

Firefly season 2 will be released on December 2, 2022. Or at least the first half will be. Yes, Netflix is doing its favorite trick and splitting this new season in half. The second part is expected to follow in early 2023.

Is Johnny in season 2 of Firefly Lane?

Which cast members are returning for Firefly Lane season 2? Heigl and Chalke are slated to reprise their roles as Tully and Kate, respectively. Other cast members returning include Ali Skovbye as Teenage Tully, Roan Curtis as Teenage Kate, Ben Lawson as Johnny Ryan, Beau Garrett as Cloud, and Yael Yurman as Marah Ryan.

Why are Tully and Kate not speaking at the end of Firefly Lane?

Well, according to the novel, Kate and Tully fall out after Tully pulls a stunt that publicly humiliates Kate. In Kristin Hannah’s book, Tully invites Kate and her daughter Marah onto her talk show, The Girlfriend Hour, for what Kate believes is an attempt to bring their turbulent mother-daughter relationship closer.

Why are they not friends in Firefly Lane?

In the source novel by Kristin Hannah, Kate’s falling out with Tully stems from an ill-fated appearance on her friend’s talk show. Book Kate, like her show counterpart, has a strained relationship with her teenage daughter Marah (played in the series by Yael Yurman) and turns to Tully for help.

“Firefly Lane” is based on a book of the same name by Kristin Hannah. The show follows best friends Tully and Kate as they go through different parts of their lives. Season 2 should pick up where season 1 left off and finish the book. Netflix has only officially announced four cast members for season 2 of Firefly Lane. Katherine Heigl and Sarah Chalke are likely to return.

Roan Curtis and Ali Skovbye will return as young Kate and young Tully. Greg Germann, Jolene Purdy, and Ignacio Serrichio will join the cast. The first part is expected to premiere in early 2023. Katherine Heigl and Anne Heigl will reprise their roles as Tully and Kate. Other cast members include Ben Lawson, Beau Garrett, and Yael Yurman.