Sweet Magnolias season three is now available on Netflix. And it is exactly what we need to hear considering the cliffhanger finale.

The renewal announcement was followed by a statement from executive producer Dan Paulson, who said, “We’re excited to begin our third season for Netflix, and we’re eager to return to Serenity.”The cast also contributed to the social media hype, with JoAnna Garcia Swisher, Brooke Elliott, and Heather Headley sharing the news on Instagram.

If you’re up-to-date on Sweet Magnolias, you’ll know that Maddie, Dana Sue, and Helen all have important decisions to make, and it appears that their decisions will affect the entire town of Serenity.

God bless the endless supply of margaritas over which they can discuss their issues.

Undoubtedly, life has become much more complicated for the trio, who are attempting to negotiate life and love in their modest white-picket-fence village.

But following a cliffhanger that could have significant consequences for all of them, let’s have a drink and discuss what to expect in the upcoming season.

It is safe to say that the third season of the show will cover A LOT of material.

In a previous interview with ET, Sweet Magnolia’s actor JoAnna Garcia Swisher stated that season three would likely take off “near to where we left off,” adding, “I don’t think you can come back months later and ask, ‘What happened to Helen?’ and ‘Is Justin in jail?’ Why not go big or go home?”

Even before it was confirmed, showrunner Sheryl J. Anderson made no secret of her ambitions for a third season, hinting at what is in store for the cast. Especially when a shadowy character from Dana Sue’s past returns to haunt her.

In the season two finale, Dana Sue’s daughter Annie was confronted at Mrs. Francis’ funeral by an unknown woman who referred to her mother as a “life destroyer.” The same woman was later captured on a camera phone cutting the tires of Sullivan’s delivery vehicle at the conclusion of the episode.

When viewing the footage, Maddy, Dana Sue, and Helen immediately recognized her, and had only one thing to say: “She’s back!”

Sheryl J. Anderson, showrunner, told TVLine of this enigmatic woman, “I’ll just say she shares a history with our ladies and other residents of the town. 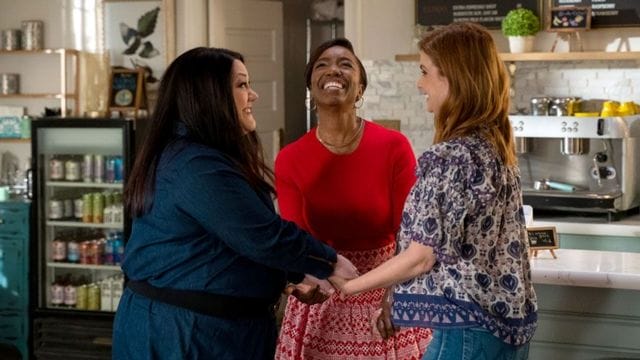 Dana is also attempting to repair her marriage to Ronnie after allowing him to return to the family home. Will their reconciliation endure, or will he revert to his former ways, which included cheating on her?

But Dana Sue is only the beginning, as the season ended on a tremendous cliffhanger when Helen’s ex-boyfriend Ryan proposed to her. Now she must choose between him and Erik, her new love interest.

Headley told TVLine, “I could see her going either way, but they don’t tell me.” “Netflix is anxious that, in exchange for a delicious bowl of macaroni and cheese, I will reveal all of their secrets.”

Then there are the repercussions of the incident at Sullivan’s, with Cal being taken away by police after his anger management issues manifested themselves after losing his job as a high school coach.

How will Maddie react now that she knows this secret about Cal?

Sheryl told Entertainment Weekly that in a potential third season, Cal must analyze whether he has handled prior situations appropriately, why he lost it when not losing it is so essential to him, and what choices he may make moving ahead. Not only for himself but also for his loved ones.

On top of everything else, there is the recall election in the town and the persistent suggestion that Maddie should replace the Mayor if he loses.

If it occurs, the Mayor’s spiteful wife will be even more enraged, and it’s only a matter of time until she digs out more dirt on Maddie’s loved ones (especially considering how easily she caused trouble for Cal).

Without JoAnna Garcia Swisher (who portrays Maddie Townsend), Brooke Elliot (Dana Sue Sullivan), and Heather Headley, Sweet Magnolias would not be the same (Helen Decatur). All have confirmed plans to return.

Chris Klein is the adulterer. Bill played a lower role in season two, but he still has a significant impact on the main cast, so it’s likely that he will make at least one or two cameos, even if it’s simply to check on his numerous children.

Jamie Lynn Spears, who portrays new mother Noreen, has also announced she will return, uploading photographs from her dressing room on the first day of production with the caption “It’s giving #Season3.”

The natural blonde had earlier teased Noreen’s return by posting a selfie of herself with brown hair, the color of her character’s hair.

Brandon Quinn, who portrays Maddie’s on-and-off spouse Ronnie, had a redemption journey and was welcomed back into the family home in season two. Therefore, barring a big event involving a time jump in which he flees, you may certainly anticipate his return. 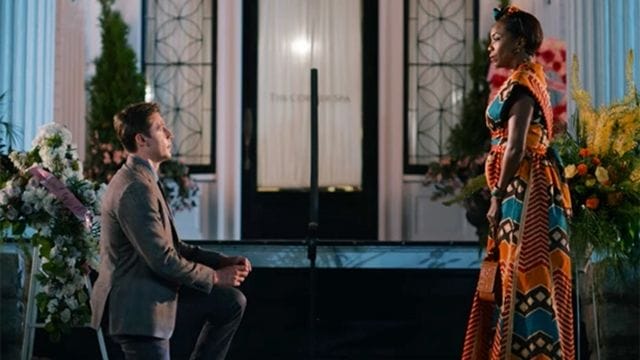 Meanwhile, young Isaac (Chris Medlin) has only recently found his footing after searching for his birth parents in Serenity, and Cal (Justin Bruening) was taken into custody after exploding with previous anger issues resurfacing, although it would be strange if he suddenly vanished without a trace.

There may be additional additions to the cast as well, but we’ll let you know as soon as they are announced.

In May 2022, the third season of Sweet Magnolias was announced on social media from the writers’ room.

They merely composed the message: “We’re returning to Serenity, folks! We are happy to announce that Sweet Magnolias will return for a third season. I cannot wait to greet you all at your residence.”

On July 18, production on the new episodes began, and the crew shared a photo of their directors’ chairbacks sporting flowers and the name of the program.

“Shall we start?” they penned. “We are thrilled to welcome everyone back to Serenity for the first day of filming Season 3 of Sweet Magnolias!”

In light of this, we can assume that they completed the project within the next few months. We will keep an eye out and inform you.

When the females will return to our screens is yet unknown. It is also difficult to make an educated forecast, given that neither of the prior two seasons had a similar release date.

Season one premiered in May 2020, followed by season two in February 2022. (this was largely down to pushbacks caused by the pandemic). 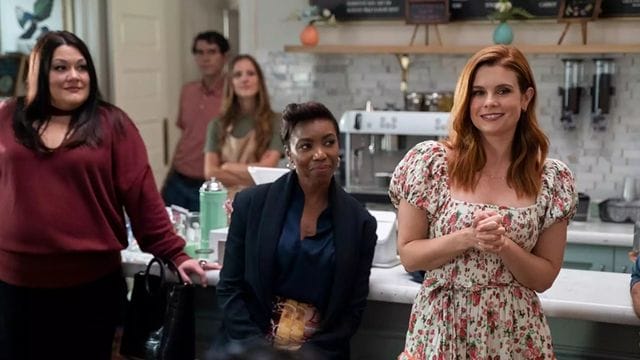 This type of production, which requires few special effects, often takes between nine and twelve months to complete. Consequently, we do not anticipate any new episodes of Sweet Magnolias to air in the spring of 2023. (so between April to June).

Without a fixed release date, we’ll have to wait a bit for more footage. Considering that filming has just begun, we have a while to go.

However, at least we know it’s coming!

The second season of Sweet Magnolias did not have a trailer until two weeks before its premiere.

However, if you return, we will update you as frequently as feasible. Promise!

Is there Going to be season 3 of Sweet Magnolias?

Filming has now wrapped on the third season of Netflix’s Sweet Magnolias. Sweet Magnolias season 3 has just wrapped filming and is coming to Netflix globally in 2023.

What is Eriks Secret on Sweet Magnolia?

Erik also has a tragic backstory of his own. He’s a former EMT from Atlanta who lost his wife and unborn child when she experienced complications during her pregnancy and he tried to get her to a hospital.

Who is The Crazy Lady at the end of Sweet Magnolias?

Anderson, about some of the major cliffhangers from the Season 2 finale. One thing she revealed is that this mystery woman is named Kathy (Wynn Everett) and that Dana Sue isn’t the only person who has a problem with Serenity.

Sweet Magnolias season three is now available on Netflix. Executive producer Dan Paulson and the cast confirmed the news on Instagram. The third season will cover a lot of material. A shadowy character from Dana Sue’s past returns to haunt her in the season two finale. JoAnna Garcia Swisher, Heather Headley, and Jamie Lynn Spears will all return.

Will Cal be taken away by police after his anger management issues manifest themselves? The Mayor’s wife may dig up even more dirt on Maddie’s loved ones. The third season of “Sweet Magnolias” has been confirmed for May 2022. Production began July 18 with the first day of filming Season 3. Additional cast members may join the show, and we’ll let you know as soon as they are announced.

It’s unclear when the females will return to our screens. Filming has just wrapped on the third season of Netflix’s Sweet Magnolias. This type of production, which requires few special effects, often takes between nine and twelve months to complete. It is difficult to make an educated forecast, given that neither of the prior two seasons had a similar release date.