Right. I still can’t believe I’m writing this, but we’re all in this together now, so buckle up.

If you don’t already know about the “trend” of Dubai Porta Potties, I beg you not to look it up. TikTok user @ebrahim ka says that Dubai-based influencers are offered “up to $1 million for the chance to poop on (businessmen’s) faces.” Grim.

@hocusbogus2.0 Do you want to hear the story or not? I’m sorry, but my writing lately is a D-. #Dubai #Flight Attendant original sound:

Now, @hocusbogus2.0, a TikToker who used to work as a flight attendant, has said something about the rumors. She says that she has seen influencers and models talking about taking part in the, um, business deal. On the way to Dubai, people would eat foods with a lot of fibre and brag about what they were going to do. Even though the vibes are off and the ritual is strange, here’s what she said:

A ‘friend’ in First Class Was Eating a High-fibre Breakfast.

A “friend” told hocus bogus that someone in first class was eating a meal with a lot of fibre and couldn’t stop talking about it. This made the flight attendant think that she should ask some questions.

“They are talking in the galley while we are… The girl says, “Yeah, babes, I’m just trying to get my fibre in,” and she starts eating oatmeal and Greek yogurt;…

READ MORE: The Crown Season 5: It Will Be Renewed or Not?

What is the Dubai Porta Potty Tiktok Trend?

@ebrahim ka posted on TikTok that this trend has recently been going around all kinds of social media. It refers to a direction where Instagram models and women with many followers are getting messages from men in Dubai who want to pay them thousands or even millions of dollars to poop on their faces.

Ebrahim ka said that one Instagram model who didn’t want to be named said, “Rich men in Dubai all send their girlfriends out to do this. They smell awful. They all like the same thing.” Even though this is a broad statement, the TikToker said he is from Dubai and thinks of himself as wealthy. He made it clear that he doesn’t like this and that this kind of fetish or kink isn’t common in the country. 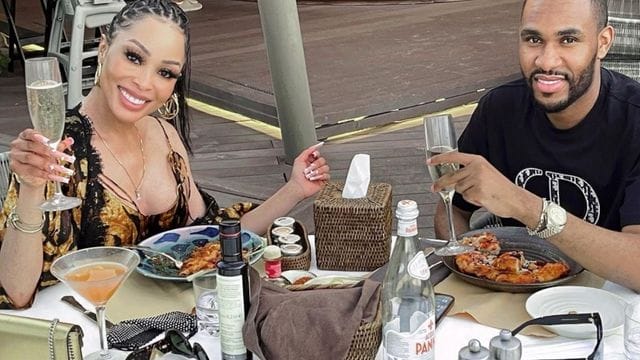 Ebrahim ka says he knows the wealthy families in Dubai and has never heard this from them. He also says that making these generalizations about Arab men is racist. He said there was no proof that men in these videos about the porta-potty trend are Arab or even from Dubai. In the videos he saw, there were no faces or other ways to tell who was in them.

How Did the Dubai Porta Potty Tiktok Trend Start?

Even though it may seem like everyone is flying out to Dubai for this porta-potty trend, it may not be as common as you think. It could look like many people are doing it because it’s become so popular on TikTok. People also always make up crazy stories online to get people’s attention.

She Instantly Regretted ‘taking the Bait.’

@hocusbogus2.0 Reply to @yael Peltz #dubai #flightattendant #emirates #storytime ♬ sound from the start – Claims
After a while, the flight attendant gave in and asked “the girl” why she was eating so much fiber. She said, “Really, babes.” “I get paid to poop on Emirati men, and I have to eat all my fiber because I’m going on a boat tonight.”

Flight Attendants Also ‘do It’

She was then asked, “Uh, where on the businessman’s body do they do it?” She said, “On the chest or the mouth.”

The flight attendant said, “You’re just pissin’ on a dude.” “You’re eating a lot of fibre and getting a good meal,” she said. Then you’re like, “I’m pooping in someone’s mouth, and they’re paying me $20,000 to do it.”

READ MORE: In What Ways Did Jack Harlow’s Parents Help Him With His Music?

“Perhaps some guys do hit on girls… I’m sorry to say this, but UK babes have a good reputation in Dubai. T’s not a big deal. We don’t think it’s a big deal. Everyone is aware of it. For me, it’s just like…

Well. I think we all learned something from this.

The idea has been all over Twitter and TikTok for the past week, and people are horrified by it.

Videos of the alleged scheme are also said to be all over the internet, but we wouldn’t recommend you look for them.

Last week, “compensated dating” was all over TikTok, and the “Dubai Porta Potty” scheme is related to this idea.

Compensated dating is when young women go on dates with older men in exchange for money or gifts.

Most of the time, these dates end in sexual activity. Sometimes, this is linked to prostitution, but not always.

The Japanese phrase Enjoy-said is also known as “free dating.”

The phrase doesn’t have a direct English translation but means to date for help, support, or assistance.

In Japan, the term refers to how older men give money or expensive gifts to young women they like in exchange for sexual favors.

In the west, people often use the terms “sugar daddy” and “sugar baby” to discuss this idea.

We don’t know if the “Dubai Porta Potty” craze happens in Dubai, but the thought of it is enough to give us nightmares for the rest of our lives. Thanks a lot, TikTok!