Drake or The Type of Guy The Type Of X is a collection of facts written by Drake fans and presented as parts of Drake’s personality. Its purpose is to make fun of the rapper’s stage persona, which goes against the alpha male stereotype that is still common in hip hop. Most of the time, the meme trend is spread through tweets, comments, and image macros. Even though “Drake is the type of guy” is the most common version, the catchphrase is also used as a model for other phrases, such as “Person.

The first tweet using the phrase “Drake the type of” to describe Drake as a woman was sent by @DJ BERN on April 14, 2011. It’s not clear who the tweet was meant for. DJ Bern jokes that Drake is the kind of person who would break traditional gender roles by letting his girlfriend proposed to him.

Between 2011 and 2013, more and more “Drake the Type of” facts spread on Twitter, Tumblr, and Instagram. On June 17, 2013, MeechOnMars put together a YouTube video with several of these jokes (shown below).

On June 22, a thread of “Drake the Type of…” jokes was posted to the Lil Wayne HQ Forums, and more than 25 people replied. The single-topic Tumblr blog Drake the Type… was started on July 25 with screenshots of similar jokes from the comment sections of World Star Hip Hop (shown below, left). On July 29, a new single-topic Tumblr with image macros of “Drake the Type of” tweets and comments in the style of Just Little Things blogs was released (shown below, right). 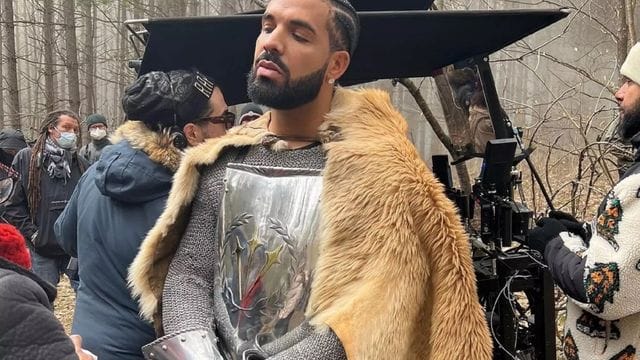 On July 31, @DrakeTheTypeOf was created on Twitter. In the next three months, it gained nearly 3,200 followers. On August 1, @DrakeTheTypeOf was made on Instagram. On August 8, the first Facebook fan page for the series was created. In a month and a half, it got more than 22,000 likes. Buzzfeed posted a collection of 16 “Drake the Type of” tweets with photoshopped images of the rapper on August 14. (shown below).

On August 21, the jokes started showing up on 4chan and Reddit. On the same day,  a second Facebook fan page was made. In a little more than a month, it got more than 184,000 likes. Also, in August, a discussion thread on the Rap Genius forum with the title “Drake is like…” got a lot of responses. Both @DrizzyThatType and @DrakeeTheType sent out their first tweets on September 15.

A Tumblr user named fromtheinnersoul posted a collection of tweets from @DrizzyThatType on September 25. In 24 hours, the post got more than 27,000 notes.

What is ‘drake the Type of Fella’ Meme?

As the name suggests, the “Drake the type of guy” joke is a trend in which people make up random things about the singer.

If you like Drake, you may have seen memes because the trend has been going on for a while.

People start sentences with “Drake the type of fella” or “Drake, the type of dude” and make jokes about everything from Drake jumping into someone’s arms when he’s scared to the guy who claps when the plane lands.

People have put a lot of jokes on Twitter, and we’ve picked out some of the best ones. In less than two weeks, they gained 166,000 and 11,000 followers, respectively.

How Women Are Helping Navigate Challenges In The Global Supply Chain

Jennifer Coolidge Net Worth 2022: How Much She Have in His Bank Account?

Who Was the Original “Sporty Spice” Before the Spice…

Faces Art History Chart: What is the ‘art History…

How Women Are Helping Navigate Challenges In The Global…