Friday, Netflix released the Selling Sunset reunion, and as expected, it was full of drama.

Jason got upset when he talked about breaking up with Chrishell, Maya heartbreakingly talked about her stillborn baby, and no one held back when they spoke of Christine.

Tan France didn’t go easy on anyone, especially Chrishell Stause, who was asked many questions about her love life. She kept quiet initially, but in the end, she said she was dating musician G Flip.

The 40-year-old went on a date with her new love interest the night before the reunion aired and had a terrible wardrobe mishap that has gone viral online.

But she has since talked about it on Instagram…

Chrishell was seen out with her new boyfriend right before she said she was dating non-binary singer G Flip on the Selling Sunset reunion that had already been taped.

On Thursday night (May 5), they went to a gay restaurant and bar in West Hollywood called The Abbey and were seen passionately kissing. 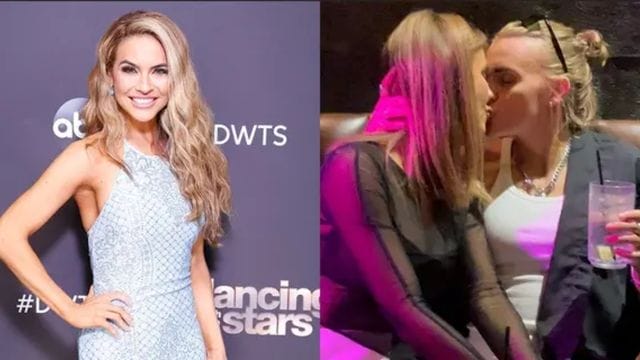 The outfit looked great when the paparazzi took pictures of her inside the bar, but her top was completely see-through when they took photos of her outside.

READ MORE: Sean Paul Net Worth: What Is His Second Child Name?

After the night out, photos of the realtor’s upper body, which don’t leave much to the imagination and won’t be included in this article out of respect for Chrishell, have gone viral on the internet.

Chrishell talked about the wardrobe mistake on Instagram on Friday night (May 6), and she said that “flash photography” was to blame.

“When I know I’ll be taking pictures with a flash; I wear the right clothes underneath so that the flash doesn’t show things. “Without the flash, my top didn’t show anything when I was there,” she wrote. 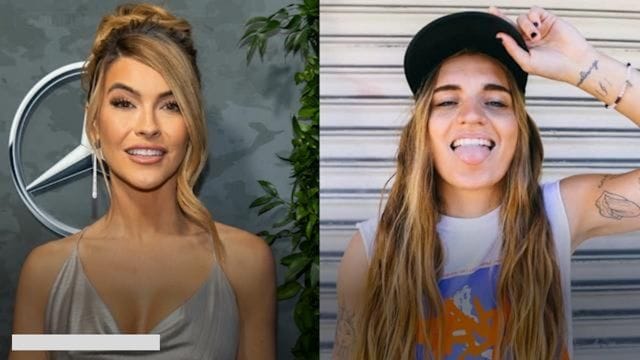 The star said she “went back and forth” on whether or not to talk about it before saying, “After spending the day trying to calm them down without success and seeing that people were “worried” about me, I decided just to explain.

“Also, to all the helpful people who took the time to comment or defend… “I love you, and thank you,” said the real estate agent.

Maya’s Reaction Has the Internet in Stitches

Chrishell and G Flip seem very happy, but before the reunion, Selling Sunset star Chrishell hadn’t told her coworkers that she was dating G Flip.

Everyone was surprised, even her best friend Mary, but Maya’s reaction was priceless.

The realtor’s face fell in complete shock asChrishell, and G Flip’s music video played. Host Tan France noticed this right away and talked to him about it.

“So, Mary, why didn’t you know?” She asked Chrishell in shock before telling her she looked “pleased.”

“I know that because we are in this position, we are constantly judged,” she said, and the rest of the cast agreed that in 2022, people can love whoever they want.

Chrishell Stause said she didn’t mean to show so much skin in new paparazzi photos with her boyfriend G-Flip and that she would instead, the images were taken down.

On the Netflix show’s reunion special, the Selling Sunset star recently said that she was dating the Australian musician. On Friday, she used her Instagram Story to clear up rumors about recent paparazzi photos of the couple. This week, the pictures were taken outside The Abbey in West Hollywood. In them, Stause is wearing a black top that seems to be completely see-through.

Stause wrote that the transparent look wasn’t on purpose.

“When I know I’m going to use a flash; I wear the right things underneath so the flash won’t show things,” the realtor said. “In person, my top didn’t show anything without a flash.”

She also said that she wasn’t sure if she should respond to the comments or not because she knew it would bring more “attention” to the problem. She also said she spent the day trying “in vain” to get the photos taken down from the internet. 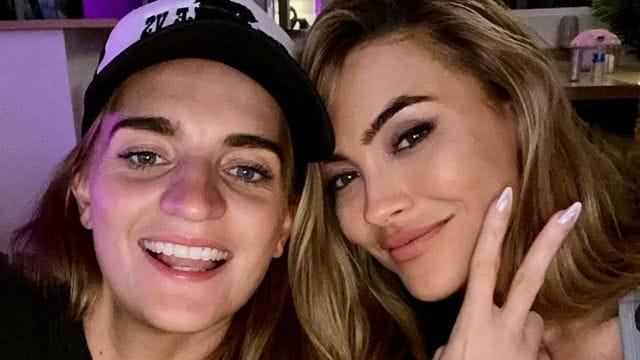 “To every supportive person who took the time to comment or defend, I may not see it because I’m trying to take the internet in small doses, but I love and thank you,” she said. “I hope that everyone has the best day of their lives.”

Stause married. This Is Us star Justin Hartley broke up with Selling Sunset star Jason Oppenheim in December 2021. In the Selling Sunset reunion special, she told fans about her “chaotic love story.”

Stause said she started working with G Flip because she would be in their video. “And the story is about this crazy love story. I grew up on soap operas, and I love acting. Because of our jobs, I don’t always get to do them. At first, I said” “Sure, let’s do that.””

She also said that the new couple kisses in the music video, which was a tease.”

“We had a great time; it was so much fun,” she said” “Not everyone will be ready for it, but I like it. I rhinitis’s excellent, and I think the song is fantastic.

“Flash Photography”y” is What Chrishell Blames.”

“When I knoI’llll be taking pictures with a flash, I’ll wear the right clothes underneath so that the flasdoesn’t’t show things” “Without the flash, my todidn’t’t show anything when I was there,” she wrote.

What is Chrishell Wearing When Everyone Gets Together?

At the Selling Sunset reunion, Chrishell Stause wore a dress by Gaurav Gupta.

Is Chrishell Seeing Someone?