Netflix has put out the trailer for season 5, which will be the last, of Jurassic World: Camp Cretaceous. In the last few years, the Jurassic Park series has had a great comeback.

What started as a trilogy in the 1990s and early 2000s turned into a full-fledged franchise when Jurassic World came out almost 15 years after the last movie.

This movie did so well that it got not only two sequels, but also a Netflix original animated series called Jurassic World: Camp Cretaceous.

The series is about six teenagers who go to an adventure camp on Isla Nublar. When dinosaurs start to cause trouble on the island, they have to find a way to stay alive.

Now, the trailer for the last season of Jurassic World: Camp Cretaceous is on Netflix. In the trailer, Kenji’s father shows up on the island, which gives the Camp Fam hope that they might be able to get away. But it seems like Mr. Kon wants to control the dinosaurs at Camp Cretaceous, not save them.

This causes a split in the group of teens, and they have to decide whether to leave the island or stay and try to save the dinosaurs. 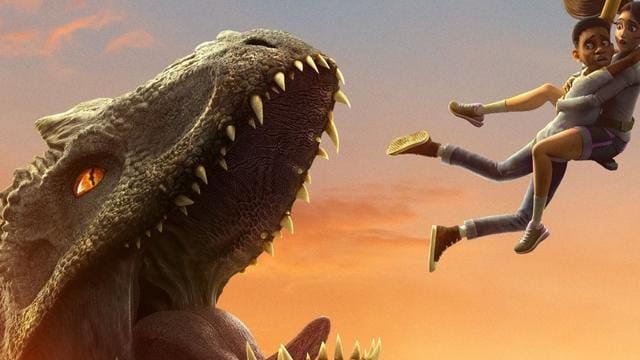 From Kenji’s dad, we’ve learned a lot. In Season 5 of Camp Cretaceous, Kenji and his father will meet again. He will finally know the whole story about his father. It’s not clear what will happen to Kenji and the rest of his campmates.

His father planned all of Kenji’s dangerous dinosaur experiments, but Kenji didn’t know about them.

The next time he sees him, Father Kenji can’t wait! ‘ In other words, he is a good person who will never hurt his friends. As long as he stands up to his dad, he will do the same. The boss of Kash is Kenji’s dad. Even the genius’s child might fall for his tricks. There aren’t many chances that he’ll do well.

Still, Brandon is looking for Darius. Kash is holding him for ransom. He had only talked to his brother once on the phone before this. What happened when the GPS on the phone was turned on? Darius, Brandon’s brother, was gone in the blink of an eye.

For a long time, Masarani and Ingen were the only ones who had Dinosaur DNA. Only these people were able to get their hands on it. In any case, Mantha Corp. just joined the fight recently.

He is holding DNA from a dinosaur. What’s the next step? Camp Cretaceous is coming to the end of its last season. All right, that’s all for now. Come back often to find out what’s new in TV and movies!

Cast of the Fifth Season of Jurassic World Camp Cretaceous

In case Jurassic Park: Dominion isn’t enough dinosaur action for you, DreamWorks Animation has released the trailer for the final season of the animated series Jurassic Park: Camp Cretaceous. https://t.co/YqjYwfYEV0

The following cast members will be back for the next seasons of the show, according to a press release from Netflix:

This is a list of the people who have been on the show for all four seasons. We don’t know who will come back as a guest or as a regular cast member as of right now.

When Fifth Season of Jurassic World: Camp Cretaceous Will Come Out

The fifth season of the show will come out on July 21, 2022. No one knows yet how many episodes will be in the fifth season. At 6 a.m. PT/3 a.m. ET, Netflix adds new content to its library. The premiere of Jurassic World: Dominion should happen a little more than a month after the first episode of the new season. 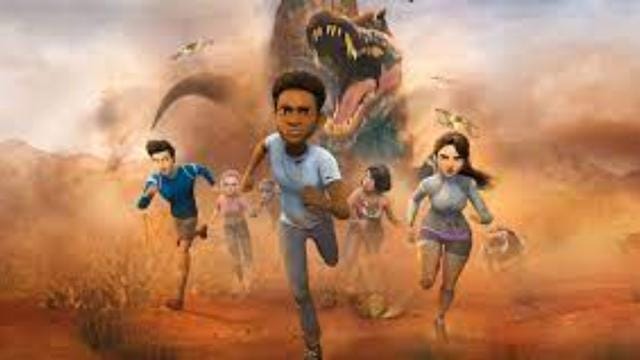 Will Season 5 of Camp Cretaceous be on Netflix?

EW can confirm that Camp Cretaceous will be back for a fifth season, which will start on July 21 on Netflix. It will also be the last season of the show.

Will Camp Cretaceous Have the Fourth Season?

“The cast and crew of Jurassic World: Camp Cretaceous hint at a possible fourth season.” ComicBook.com. You can look at the original page until May 25, 2021. Get the 25th of May, 2021. Romano, Nick (May 23, 2021). “The Camp Cretaceous team talks about how Season 3 fills in the gaps between Jurassic World movies.”

How Many Episodes in Jurassic World Camp Cretaceous?

With the release of season 4, there are now 37 episodes of Jurassic World: Camp Cretaceous. Between September 2020 and December 2021, the first four seasons came out: Back in December 2021, we didn’t know if the show would come back for a fifth season, but we thought it would because of the cliffhanger.

How Does Camp Cretaceous Work?

Camp Cretaceous is the first spin-off series since Jurassic World came out in theatres in 2015. It takes place in the same world as the movies.

In other words, as expected, all the details, including those from the last article, are above, along with a lot of information for fans who have asked a lot of questions. After reading the article, you should know everything you need to know. I’m glad you found it helpful and interesting. In addition to the latest news and information, the website also has new content in the form of articles and updates.