Axie Infinity is a blockchain-based game in which users buy NFTs of attractive creatures and fight them in fights. During games, players can acquire SLP tokens, which they can then swap for cash at an exchange. Around the game, a “play-to-earn” trend has evolved, with players enrolling in scholarship programs and academies.

In early 2021, non-fungible token (NFT) crypto-collectibles like artwork and films soared in popularity, although some blockchain-based video games had already been in development before most people noticed.

When NFTs became widespread, independent company Sky Mavis’ promising crypto game Axie Infinity took off. And when the NFT industry as a whole began to cool after all of the hooplas, Axie Infinity grew even larger.

Axie Infinity is based on Nintendo’s popular Pokémon franchise. It has you collecting cute creatures and pitting them against are other in cartoonish battle.

However, getting started isn’t easy or inexpensive, and you’ll require a far higher initial commitment than you would for a typical PlayStation or Xbox game. The positive is that you own and can resell your Axie NFTs, and its “play-to-earn” strategy rewards you with crypto tokens that can be swapped for cash.

What Is the Meaning of Axie Infinity?

Axie Infinity is a monster-fighting game in which you compete against other teams of charming monsters known as Axies.

The game uses Ronin, a sidechain that helps reduce transaction costs and latency, to operate on the Ethereum blockchain. It focuses on turn-based fights against either computer-controlled Axie teams or live opponents via the Internet.

NFTs, or non-fungible tokens, are used to represent in-game objects. In the case of Axie Infinity, these cryptographically unique tokens may be connected to digital material, such as the Axies and land plots that populate the game. Unlike other in-game commodities, the NFT gives the buyer ownership; Axis may be traded for real money on the game’s marketplace.

Axies may also be bred, allowing you to create potentially more powerful teams while also generating more NFTs to sell on the market. As of this writing, some Axie NFTs have sold for as high as 300 ETH each, or more than $600,000.

What Is Axie Infinity and How Does It Work?

As previously stated, Axie Infinity is based on NFT products, and there is currently no way to participate until you purchase the three Axie NFTs required to build your first team. 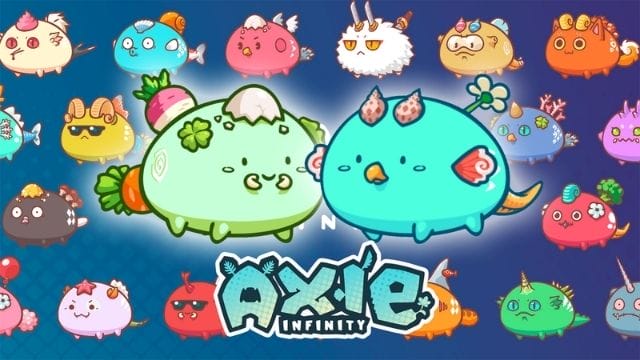 They may be purchased using your Ronin wallet, which you’ll connect to the game, on the official Axie marketplace. You may play on a PC, Mac, Android, or iOS device and combat your Axies for prizes.

Also read: An Updated Version of the Classic Angry Birds Game Has Made Its Way to Mobile Devices.

What Makes it So Unique?

Axie Infinity adds a sense of ownership to the fun and appealing premise of Pokémon. These Axies are yours and provide substantial benefits: Smooth Love Potion (SLP) is a cryptocurrency that can be traded for cash. Many players may be turned off by the initial expenditures, but it is a game that rewards players as they put in more time and effort. 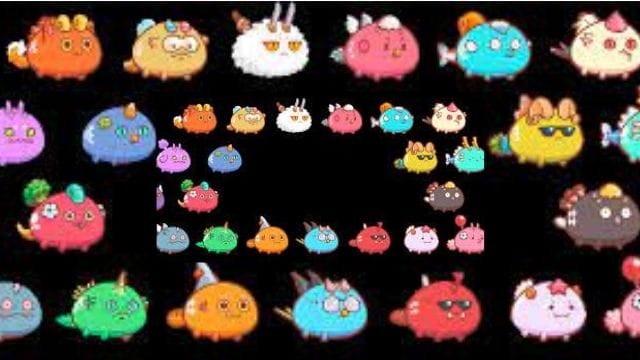 “Play to Earn” may sound like a catchphrase or a gimmick, but there’s already evidence of a player-owned economy forming around the game.

How to Begin Using Axie Infinity

You’ll need to set up a Ronin wallet and an Ethereum wallet (like MetaMask) now that Axie Infinity has moved assets from Ethereum to its Ronin sidechain. Once you’ve set up a Ronin wallet, you may use the Ronin bridge to send ETH to Ronin, where it will be converted to WITH (Wrapped ETH). This may then be used to buy Axis.

On the Axie Infinity website, create an account and download the game on your PC or Mac. You may also get an Android APK and install it on your phone or tablet. The game was also available for iOS via a beta release through Apple’s TestFlight programme, but it is presently inaccessible.

To begin playing, link your Ronin wallet with your account and then sync your Axies from the wallet to the game.

What Is the Axs Token, and How Does It Work?

Axis Infinity Shard (AXS) is Axie Infinity’s native governance token. AXS may now be used to pay for breeding expenses. AXS token holders will be able to vote on game choices and development in the future, as well as stake AXS tokens to gain prizes inside the game. 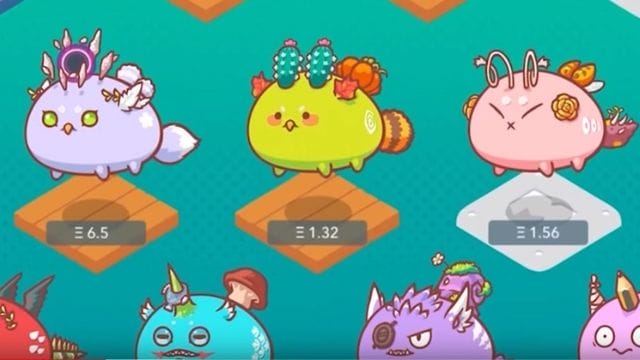 Axie Infinity intends to transition into a decentralised autonomous organisation (DAO) over time in order to allow for community control.

AXS may be purchased on cryptocurrency exchanges like as Binance, FTX, and Huobi Global, while it is not presently accessible on Coinbase or Binance.US. However, decentralised exchanges such as Uniswap and SushiSwap provide it.

You may get AXS from Uniswap in the following ways. To trade at Uniswap, you’ll need a crypto wallet holding ETH or another Ethereum-based ERC20 token. You may buy ETH with fiat at Coinbase or Binance and then transfer it to your wallet.

You may get AXS from Uniswap in the following ways. To trade at Uniswap, you’ll need a crypto wallet holding ETH or another Ethereum-based ERC20 token. You may buy ETH with fiat at Coinbase or Binance and then transfer it to your wallet.

Connect your wallet to Uniswap, pick AXS from the drop-down menu, and then select the asset you’d want to exchange it for. Enter the amount you wish to exchange, and Uniswap will calculate how much AXS you’ll get back. If the numbers match up, click “Swap,” and the transaction will be completed.

Axie Infinity took off in a big manner in late June 2021, just a few months after Ronin’s transfer and the announcement of a $7.5 million Series A fundraising round led by Mark Cuban and Alexis Ohanian, among others.

Sky Mavis has also received help from Ubisoft, who coached the team as part of its Entrepreneur’s Lab accelerator program and assisted with the Ronin launch. Sky Mavis was allegedly valued at $3 billion during a Series B investment round headed by Andreessen Horowitz in October 2021.

Do You Despise Mathematics? Need Help With Your Homework? This Is for You!

Clear Up Space on Your iPhone: Tips to Optimize iPhone to Run Smoothly and Fast

Searching for Information on the Google Pixel 6a? Features…

Do You Despise Mathematics? Need Help With Your Homework?…