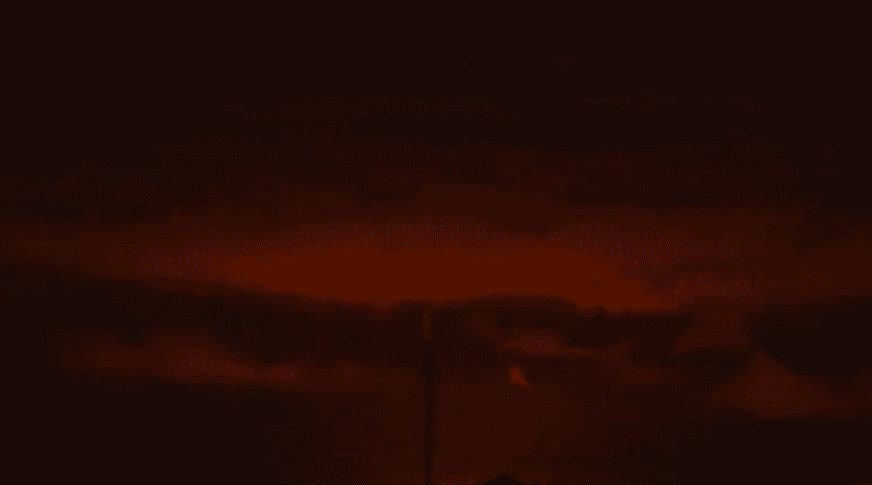 “A missile attack was launched on the Vasilkov oil depot near Kiev,” Ukrainian MP Anna Portova told Fox News around 2 a.m. in the region.

She described it as an “environmental disaster”.

The United States and the European Union have also called for a no-fly zone over Ukrainian airspace.

It also provided a video clip from the scene that showed clouds of smoke rising upward.

The clouds of smoke were so thick that they blocked some of the light from the burning fuel.

Fox News’ Trey Yingst, from Kiev, shared a photo that showed the glow of the flaming plant illuminating the night sky from miles away.

Ukrainian soldiers take their positions at the Vasylkiv Military Air Base in the Kiev region, Ukraine, on February 26, 2022.
(Reuters/Maxim Levin)

The Ukrainian English-speaking Kiev Post newspaper condemned the attack as “another war crime” and published a video clip taken near the scene that showed smoke billowing in the night sky.

Vasilkov is located about 24 miles south of Kiev. The city also hosts a Ukrainian military air base.

Two hours later, the Associated Press reported that Russian forces also blew up a gas pipeline in Kharkiv, a large population center near the Ukraine-Russia border where Ukraine’s defense forces control its territory.

Jackie Heinrich of Fox News contributed to this report.